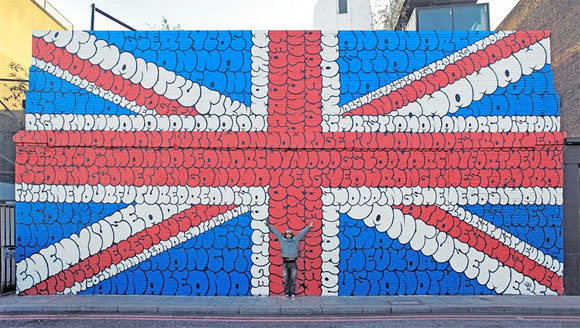 Benjamin Roudet of BIG ADDICT has recently composed an amazing documentation of the globetrotting graffiti artist TILT as he takes on London with a new massive mural. In ka-hoots with Pictures On Walls and 94 Montana, the French bubble fetishist adorned the side of the Village Underground with his version of the British flag called Union Jack, made up of the lyrics of God Save The Queen by the Sex Pistols. This project began with a couple neon colored limited edition prints of Union Jack by P.O.W. and it just got bigger and better from there.
Tilt had this to say about the punk rock project…

” October 2007, a girl named Dora from POW contacted me cause she wanted to get some
paintings of mine for a London show but I was just moving to New York and we didn t do it.
4 years later, the collaboration with Pictures on Walls started and I’m really excited to work
with the POW crew, Dora, “printer” Sam, Simon, “ex-curly” Sam and their mysterious boss.
We already did 2 prints and some special neon editions, they invited me to be part of their
Christmas show together with Evol, Paul Insect, Dran, Jimmy Cauty, Bill Barminski and Banksy
and they did their best to help me painting this big wall (16 x 8m) at Village Underground that
represent the Union Jack made of the lyrics from Anarchy in the UK. I use to listen to the Sex
Pistols when I was a 15 years old skateboarder cause my Uncle was a French punk at that time …” -Tilt

TILT – ANARCHY IN THE UK from BIG ADDICT on Vimeo. 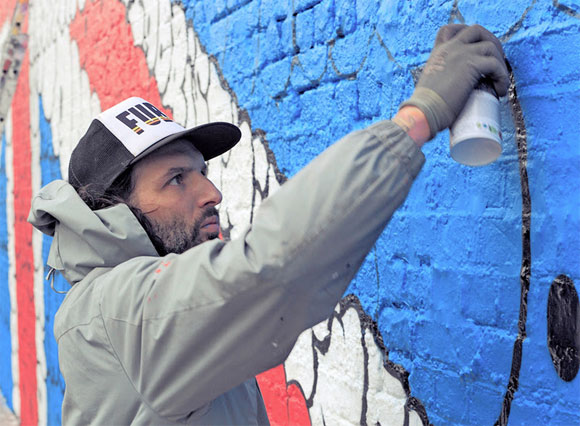 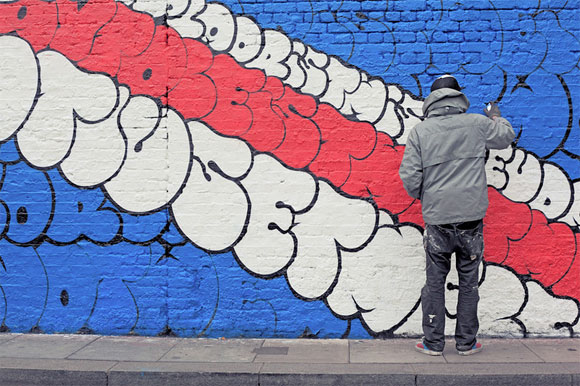 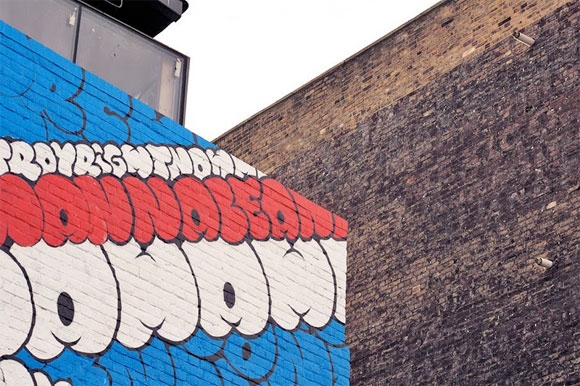 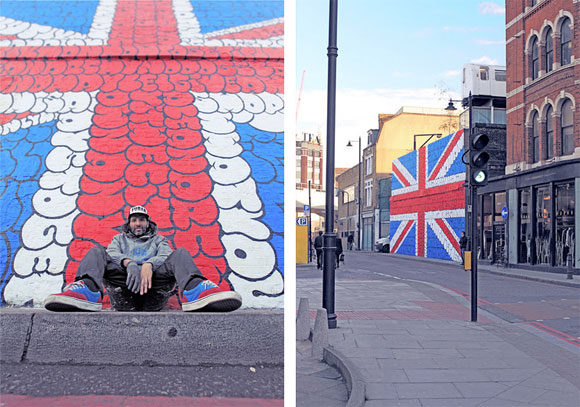