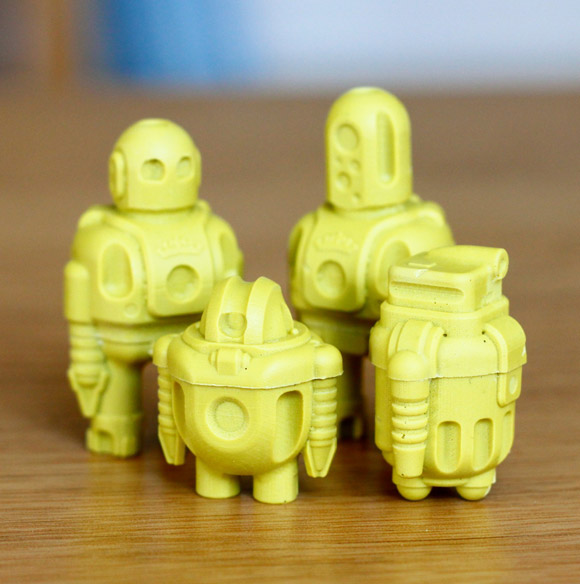 [PRESS] Featuring 6 popular Sprogs (these are the Bits) and 2 versions of Rotund (the Bytes), these bots are the first to be offered in solid coloured resin and in 1/24th scale (instead of the regular 1/12th). Standing a delightfully cute 1-2″ tall, evert single detail and proportion of their larger brothers is completely replicated, down to the Sprogs 2mm tall crowns. This has only been possible due to prototypes with 5 times as much detail as those used in the past.

Bits n Bytes will come bagged and headered in packs of 2 to 8, depending on release and will come in “Palettes” (instead of sequential Editions) offering several colours per release. For example, a Sunset Palette may offer bots in shades of pinks, orange and blues, while a Space Palette may be black, greys and silver.

Some will be distressed with scrapes cut into them, others pristine and fresh from the mould – the selection of bots will be quite random, but you’ll know the colours in the Palette and how many Bits and Bytes, so why not buy a few? Instant army.

Prices will be confirmed when the first Palette goes up on my store, but expect several for the price of a regular 1/12th Sprog.

There will also be a limited number of DIY packs put up on the store in the near future, for those with creative leanings – another first!

The first place that anyone will be able to get some Bits n Bytes, will be at the Cavey 1st Birthday show on Thursday – there will 10 goodie bags each with a 2 pack inside, as well as some in my pockets to give out to those that find me and say hello!

More sculpts will be added to the range over time, including several Sprogs already revealed and Rotund’s brother, Ruckus.

Stay tuned to Cris’s Twitter and webstore for info on the drop date and time of these rad little resin robots. 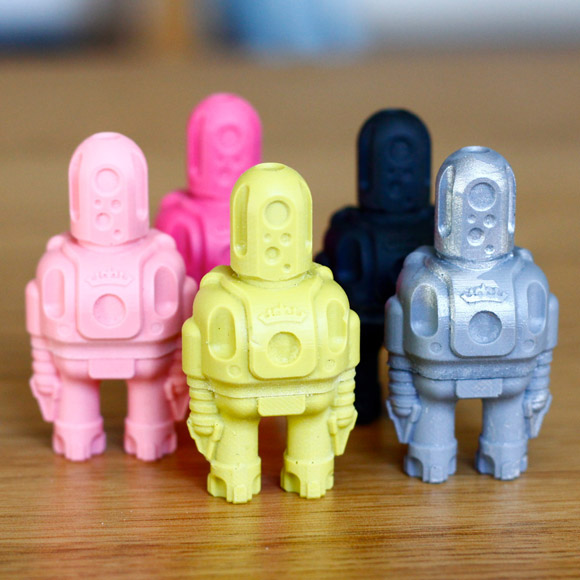 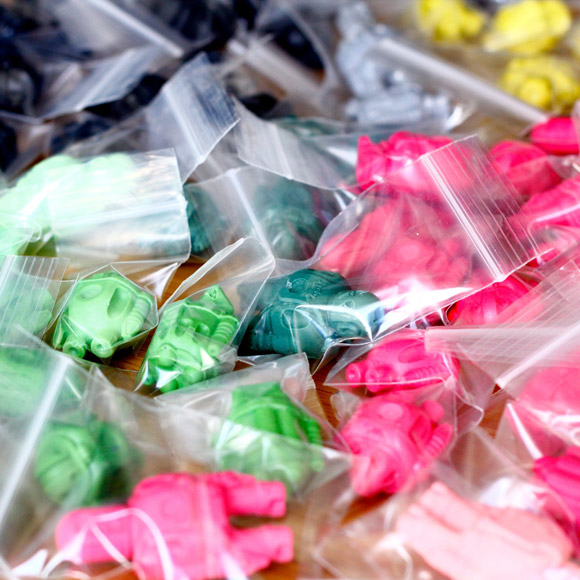 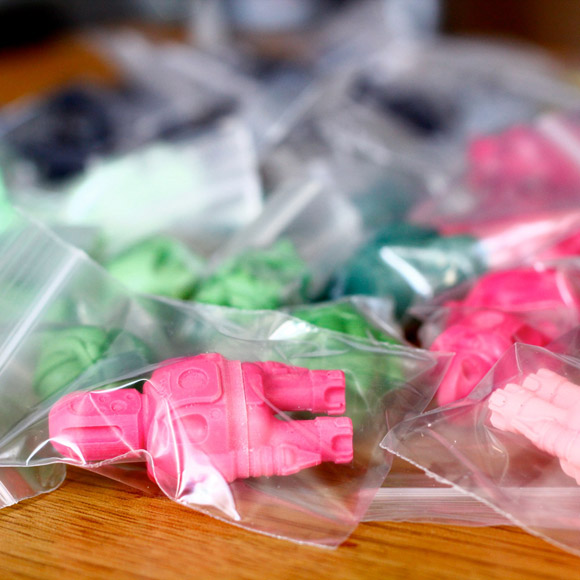 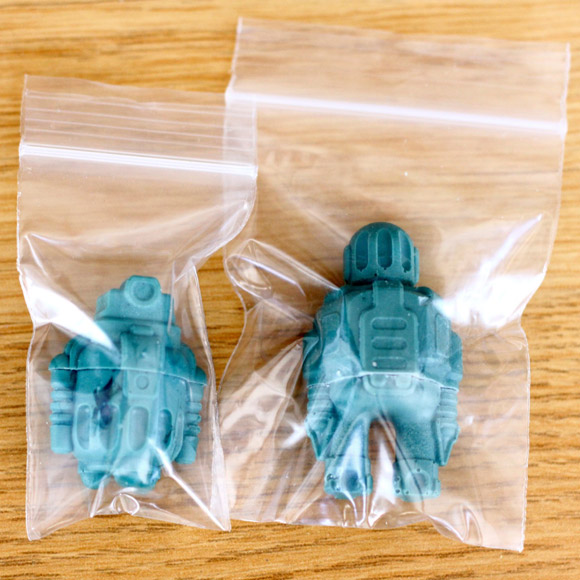 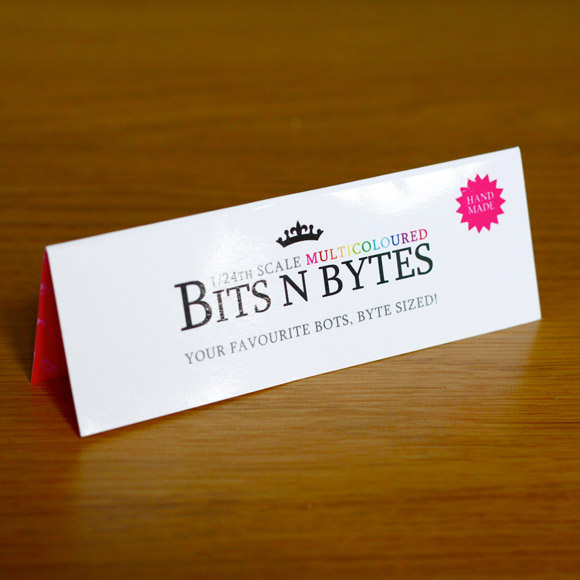 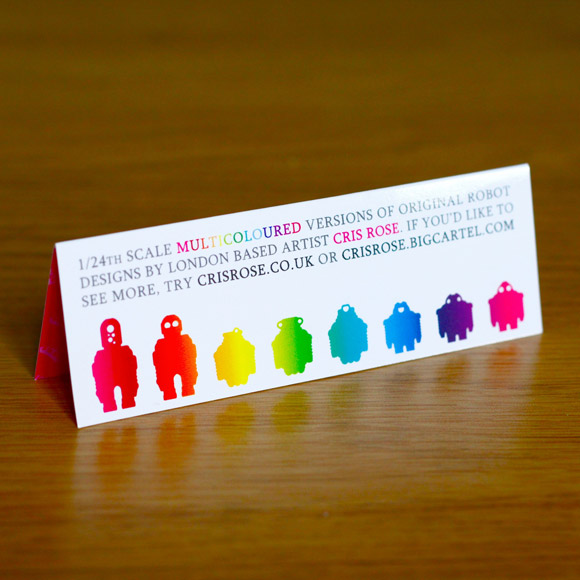 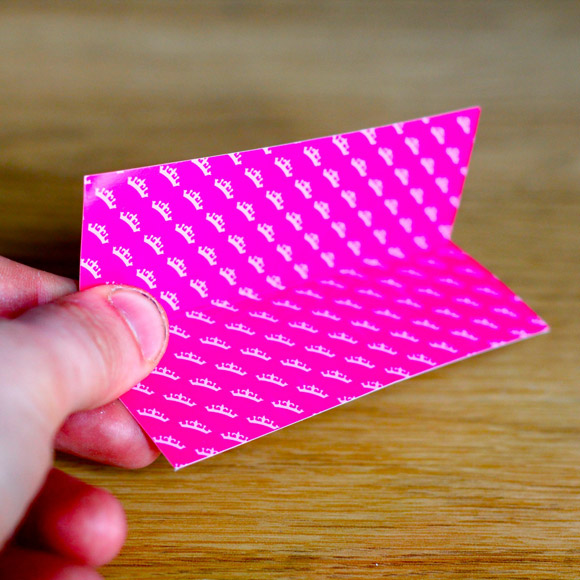 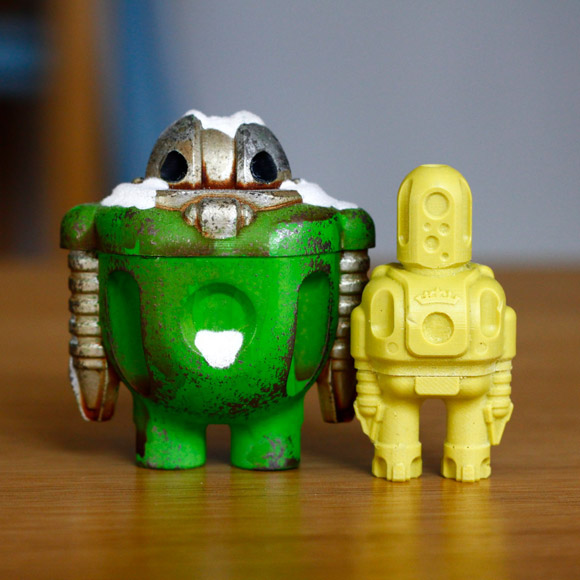 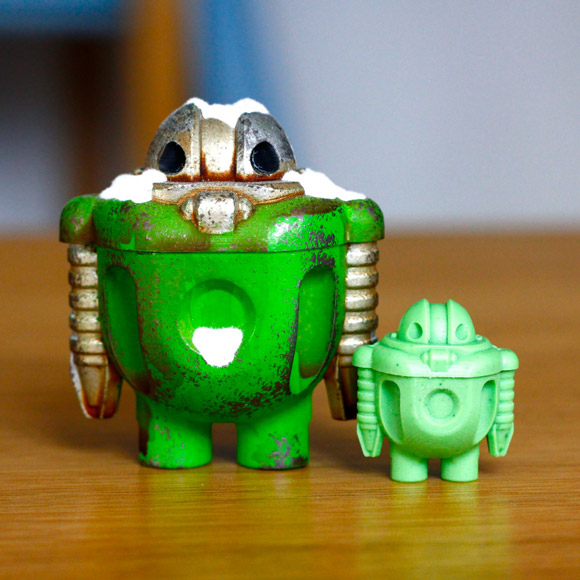 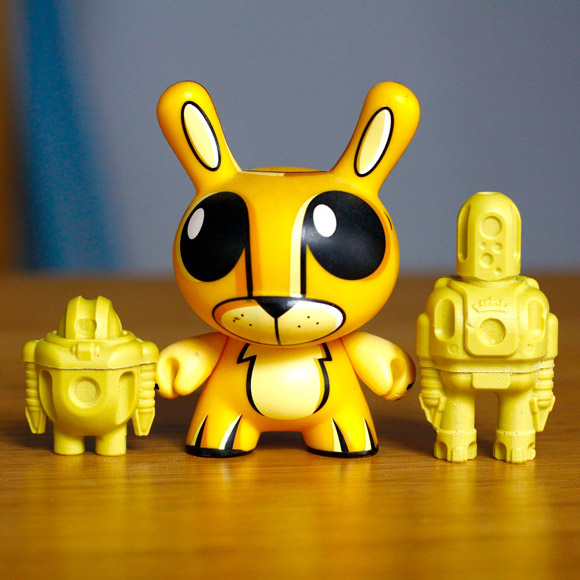 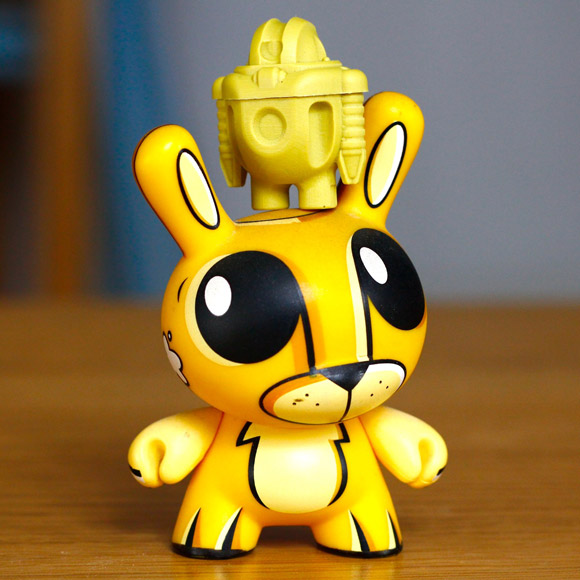