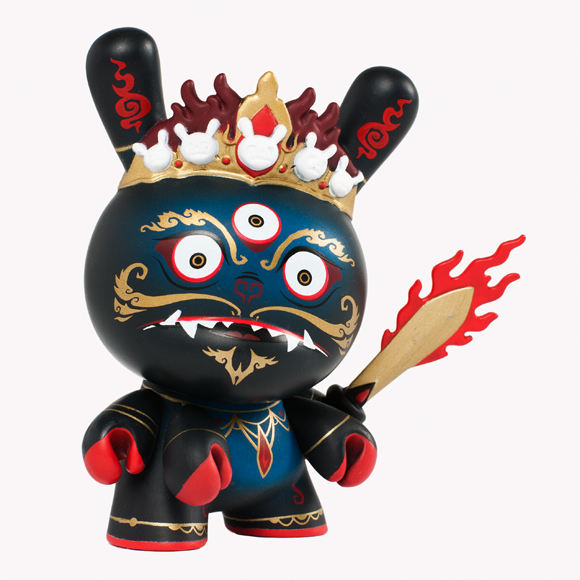 Counting down to the fateful Dunny day of June 21, we give you Andrew Bell’s wicked new 3-eyed 3-inch Dunny,  Mahākāla. This 1/40 mold breaking design features an extra pair of arms, a Dunny crown sculpted into the head and a flaming sword.

The Brooklyn based artist and toy designer explains his deep inspiration, “The form of Mahakala has a rich and long history, originating with ancient Indian and Nepalese culture.  Throughout the years there have been multiple forms and representations of this seemingly demonic diety. He is often described as fearsome, terrible and awe inspiring, wrathful in name, yet he is ultimately protective in nature. Mahakala is set out to protect us from those things that may seek to hinder knowledge of enlightenment such as anger, pride, lust, greed and ignorance. In Japanese culture his form is known as Daikokuten and, despite his looks, is often associated with good fortune and prosperity.” 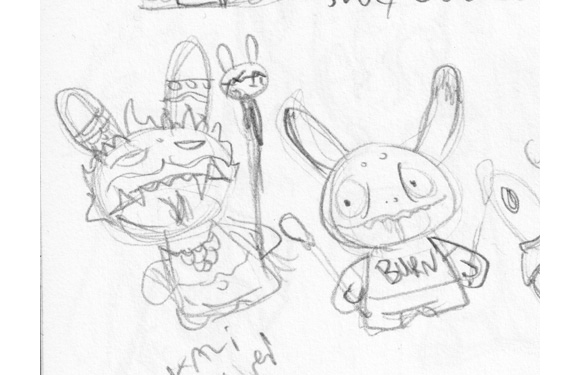 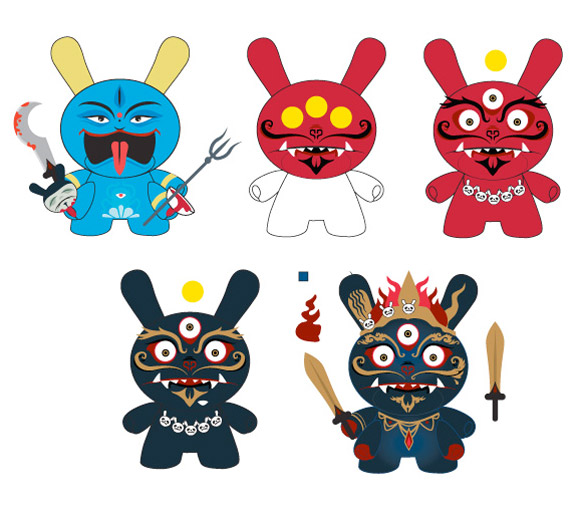 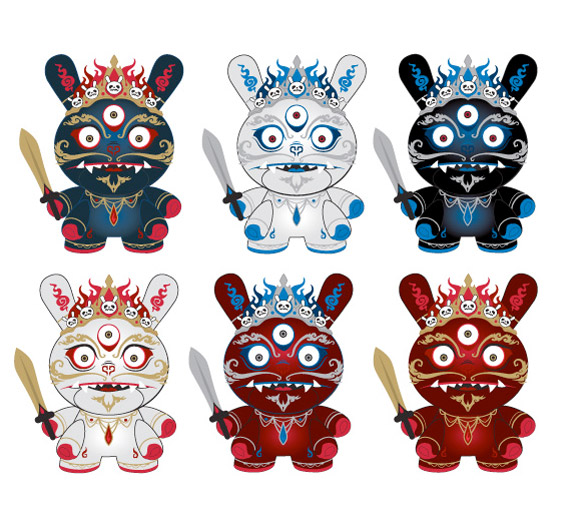 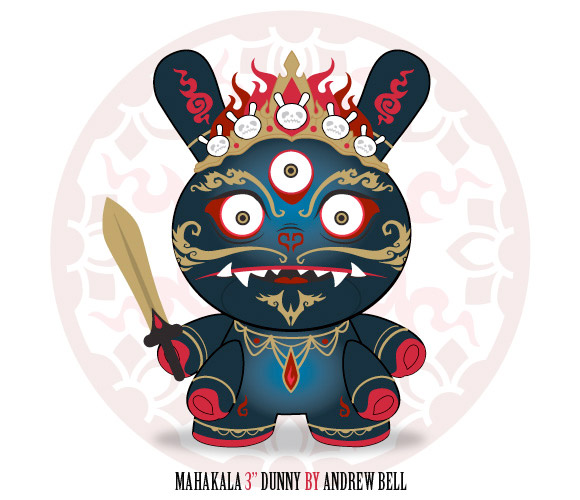 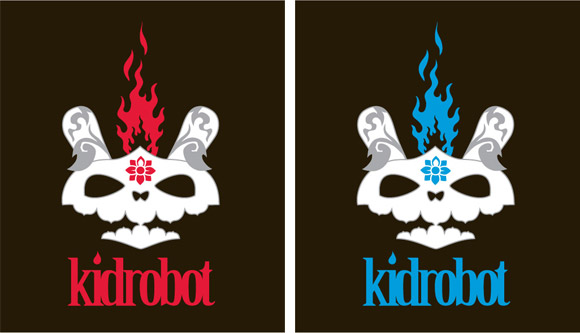