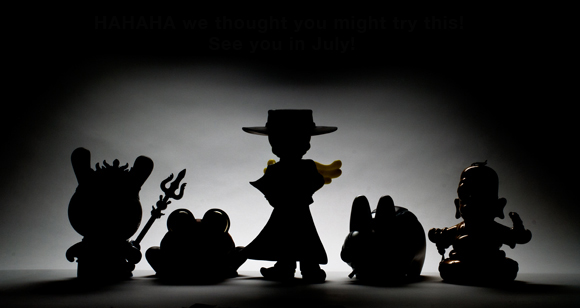 San Diego Comic Con is on the horizon and Kidrobot is gearing up for another exciting year of exclusive releases and artist signings at Booth #4529. With nearly a month to go, we wanted to give you fair warning of what’s to come without completely spoiling the surprise. 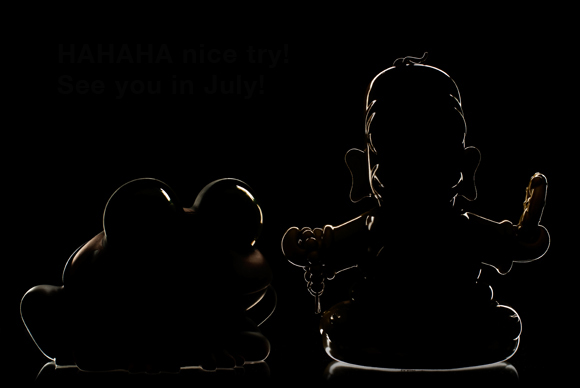 All Glory to the Hypnotoad! Meet Hypnotoad, beloved hypnotizing amphibian from Matt Groening’s celebrated television series, Futurama, now stylized in 4.5 inches of vinyl. Now, you too can win a pet contest. Don’t have sheep? Herd your cats, because his eyes really pulsate with changing colors. How? Toy magic. So it’s like having the real Hypnotoad? Nope, it’s a toy! Hypnotoad pre-releases at Kidrobot Booth #4529 at San Diego Comic Con, retailing for $39.95 US, and at Kidrobot stores, kidrobot.com, and select retailers worldwide beginning August 2. Droning hum not included.

Mmmmm. Enlightenment. Long ears signify past wealth, a big head represents the disconnection between mind and body, a tuft of hair symbolizes great inner wisdom, and a giant fried dough topped with pink frosting and rainbow jimmies equals deliciousness. With a pretzel in one hand, and beads in another, 500 exclusive Homers pass down the oral tradition of donut eating for $50 exclusively at San Diego Comic Con 2012. 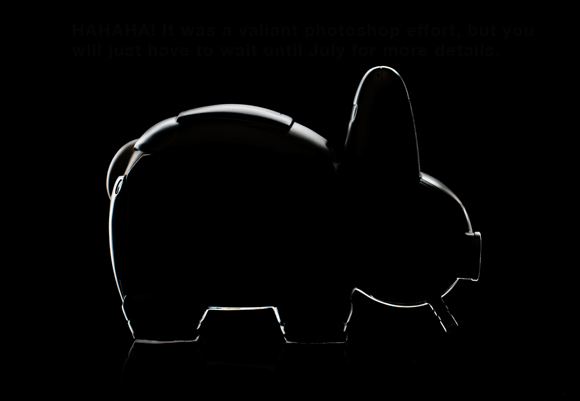 Only 300 survived the mutation, but that’s why Labbits boink like they do – to survive!  With a sudden cigarette shortage, it was time to take drastic and evolutionary action.  Enter sexy technology, boasting the ability to smork non-stop without wasting time trying to light up without opposable thumbs.  After one sweaty night at the Silicon Valley Motel, the Cyborg Labbit Excelsiors were born. 7-inch vinyl labbits with a tip that never cools, and a butthole that’s always charged – now that’s a hybrid. NYC-based artist Chuckboy upgrades Kozik’s iconic labbit, making it better, faster, and smorkier July 12 exclusively at San Diego Comic Con 2012 for $75. 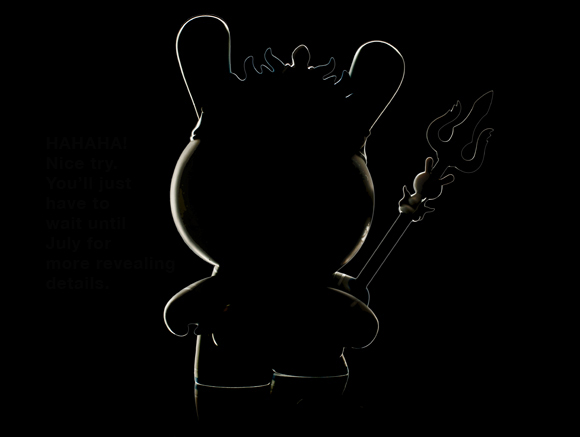 The 8-inch Mahākāla Dunny by Andrew Bell – wrathful in name, and protective in nature – is inspired by the Mahākāla character, ever present in ceremonies throughout the Himalayan region, originating with ancient Indian and Nepalese culture.  Prosperity Edition is limited to 300 pieces, and rules with a trident accessory, extra set of articulated arms, and removable Dunny skull belt. Set to release at Kidrobot Booth #4529 at San Diego Comic Con for $100. 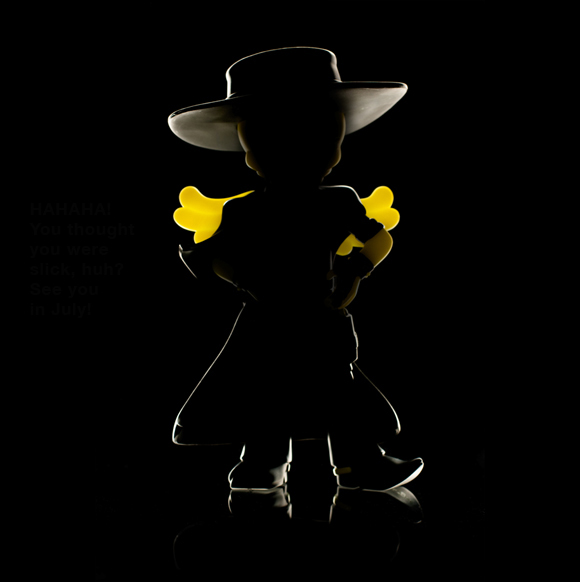 Tuco crashes through a window, covered in the blood of two men. Ruthless and winged, this 11-inch vinyl Skullslinger is tall, dark, and deadly. Constantly confronted with death, Tuco walks the edge, always one foot from the grave. 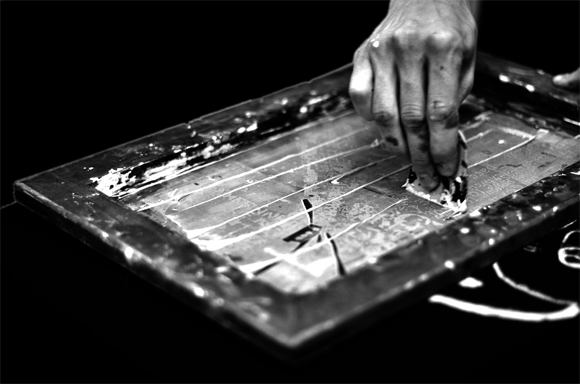 Ryan the wheelbarrow breaks down the lines of communication with the live screen printing of exclusive SDCC t-shirts at Kidrobot Booth #4529. Watch Wheelbarrow in action as he utilizes his unorthodox screen printing style to create custom made-to-order tees right before your eyes! There will be a super limited edition of 78 Heather Gray Men shirts, ranging in sizes from Small to XX-Large for only $38. Each garment is a work of art made just for you with the color of your choice (limited selection available), signed, numbered, and dated.