The suspense is killing me! What exactly does our good friend Chris Holt aka The Toy Viking have to say about the Kidrobot x City Cryptid Dunny Art Mini Series that JUST released on www.kidrobot.com? Let’s find out…

Despite our best advances in technology the world still holds its fair share of mysteries.  Whether its down a lonely back road, amid mountain ranges thousands of feet above sea level, or a forrest so dense that minimal light can enter, there are beings that are rarely seen by man.   It is those creatures (whose evidence of existence hinges on grainy photographs and stories passed down for generations) that Kidrobot is celebrating with the all new City Cryptid Dunny series.

The idea for this collection sprung forth from the mind of  Mr. Scott Tolleson, who has assembled an all star team of artists to put their spin on these creatures from folk lore.  Designs from Dunny veterans Tara McPherson, Alex Pardee, Chris Ryniak, Greg Craola Simpkins, (and of course Scott Tolleson) join those of Candie Bolton, Skinner, Chris Lee, Charlie Immer, and Amanda Louise Spayd to create a series that is sometimes freaky, sometimes adorable, and beyond any thing before it.

From the Mothman, to the Yeti, to the Jersey Devil, the most famous subjects of cryptozoological research are brought to life in 3 inch vinyl form.  And speaking of the Jersey Devil, it just so happens that I live only a few miles from where the actual story originated.  Deep in the woods, along the salt marshes of Great Bay, lies a town know as Leeds Point.  Legend has it that Mrs. Leeds (a member of the family for which the town is named) having already had twelve children and realizing she was about to unleash number thirteen, cried out “let it be a devil”!  This story falls firmly into the “be careful what you wish for” category, because that little guy entered this world with leathery bat wings, cloven hooves, and a goat like face even his own mother couldn’t love.  He then turned the midwife into his first meal before making his escape up the chimney and into the darkness of the Pine Barrens.  The site of the home is still visited by enthusiasts of the legend, who dig through the thick underbrush to take pieces of the crumbling foundation as souvenirs. I don’t know why people would want piles of haunted masonry in their house, unless its some new decorating trend I’m unaware of. If ghosts want to live with me they better cough up some money towards the mortgage. 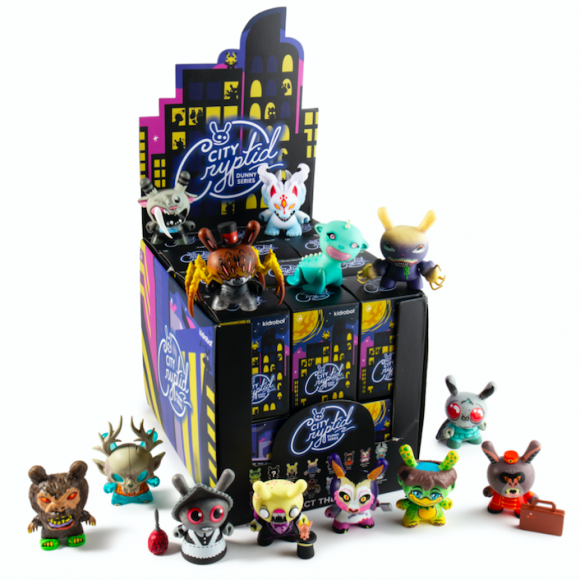 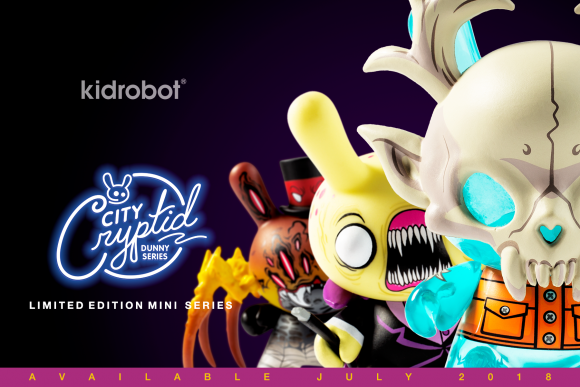 This blind boxed series is available now at www.kidrobot.com.  The figures you get will be as mysterious as the encounters their inspirations have had with countless people.  Personally, I’ve never seen anything that cool, but I have witnessed strange occurrences every time I ride the subway in New York.  I’d rather not relieve those.