After a week of serious, serious deliberation, Frank Kozik has come to a decision AND THE WINNER IS…. William Archer Rimel who’s entry into the KIDROBOT INC.Gorillaz contest stood out among all the incredible entries. He not only conceptualized the answer to the question, but then handcrafted each member’s head out of clay and hand painted them! Simply Incredible! 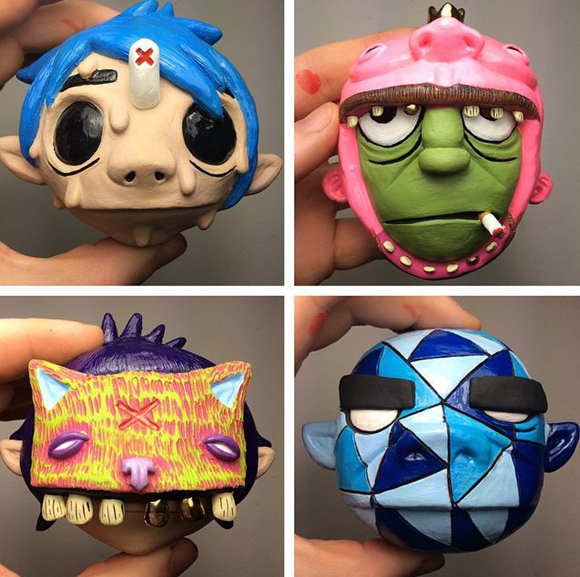 William’s answer to our question “What have the Gorillaz been up to since 2012? was…

Well…. 2D has been traveling as a psychonaut through the collective consciousness of the known universe. His third eye constantly probes his surroundings.

Murdoc became a god to a small planet of humanoids by defeating their leader and wearing his skin as a coat.

Noodle wanders the galactic plains aimlessly on a path of self discovery. Her face has not been seen for years.

Russel became an experienced cosmic traveller existing across all of time simultaneously. His body constantly tessellates to fit his surroundings.

William blew us away with these handmade ceramic red earthenware pieces which you can see how he developed below. 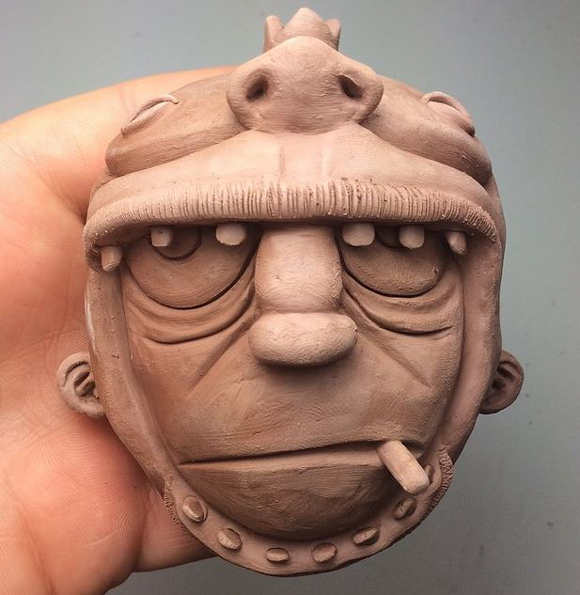 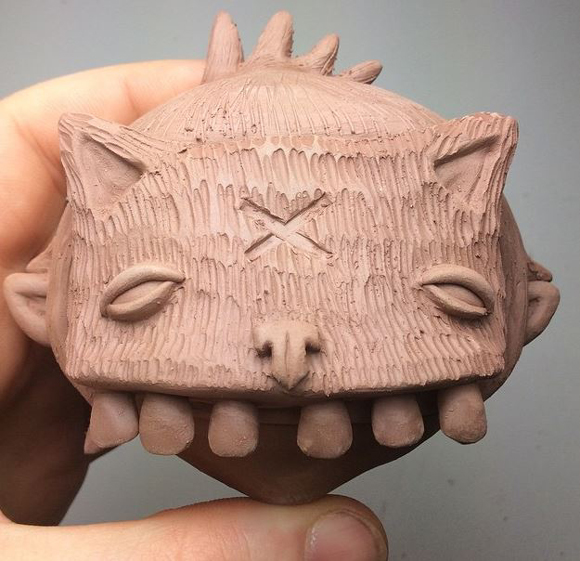 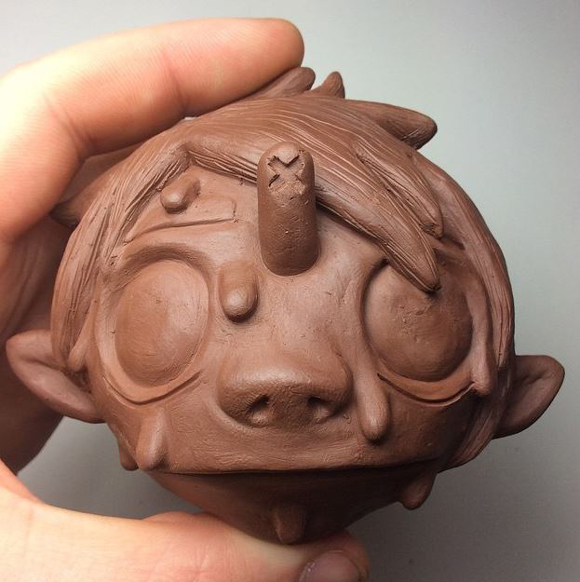 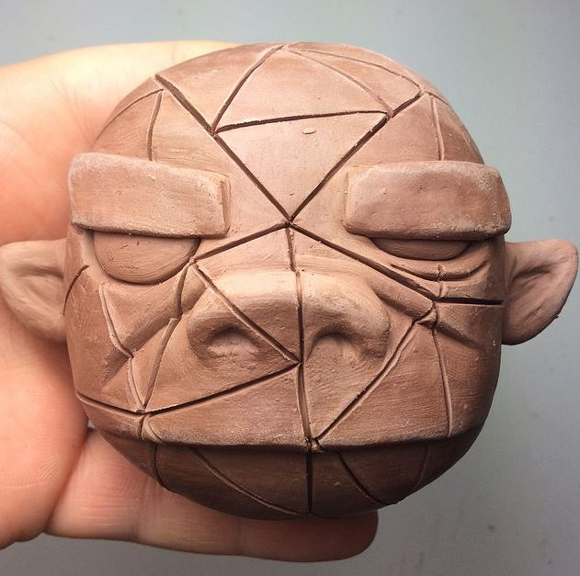 William Archer Rimel is a 26 year old artist from St. Louis, MO. He received his BFA in ceramics from Southern Illinois University Edwardsvillein 2011. Since then he has been an Artist In Residence for Craft Alliance in St. Louis, MO as well as The Ceramic Center in Cedar Rapids, IA.His work tends to utilize the idea of the classic “freakshow” to help ask the question “What is normal?” He also draws inspiration from toys andtoy culture. He is fascinated by the idea that toys evolve along side their owners, first as playthings, then as trophies to be put on display as weget older. He currently resides in St. Louis and continues to make new ceramic work daily as well as trying his hand at making toys.

We were curious what artists William was into, so we asked him.
“I love the work of Wayne White, Dima Drjuchin, Takashi Murakami, Tim Hawkinson, Zachary Lechtenberg (Yotburd) and Robert Arneson toname a few. As far as toys I definitely dig everything With the label “Kidrobot Black”, not sure I’ll be able to afford many any time soon but theyare beautiful. I love The work of Ron English, Mighty Jaxx and Scott Wilkowski as well. I currently have an obsession collecting Louis Marx”Nutty Mads” from the 60’s. Their funky style and attention to detail is mind blowing. I also have a soft spot for Simpsons World Of SpringfieldToys…they tug at my nostalgic heartstrings.”

You can see more of William’s work at his site http://www.williamarcherrimel.com/

Congrats everyone and look for more contests soon.