LABBIT APPRECIATION WEEK IS HERE! To give you a little insight to the Labbit, the creator and this weeks awsome savings is our favorite, Chris Holt aka The Toy Viking.

This week all of the attention is focused on that one rabbit who breaks into your house and tempts you with sugary treats in an effort to advance the clandestine agenda of the dental industry, but Kidrobot is onto that dude’s shenanigans.  Instead, we’re celebrating the Labbit and all of its various incarnations, none of which involve breaking into your home and trying to beset you with cavities.  That’s right folks, Labbit Appreciation Week is back and bigger/ better than ever!  While we still haven’t  heard back from the government about making it an official get out of work holiday, and the greeting card companies have been kind of slow to get on board, we remain undeterred in doing some hard core appreciating of these feisty critters.

First we must heap praise upon their creator Frank Kozik, who birthed these four legged sass goblins from the dark recesses of his mind.  Not like, physically birthed, because I can’t even wrap my head around how that would have happened.  But he did put pen to paper many moons ago and the rest is history.  Some have developed bad habits and some have cultivated luxurious facial hair.   Some have taken on the image of your favorite super heroes and some are just so soft and begging to be squeezed.  There are as many types of Labbit as there are people to love them.  Did I just accidentally unlock the secret to world peace?

No matter what shape or size, the Labbit deserves to be celebrated for the amazing creature it is.  The Fire Marshall may have put and end to our dreams of a massive fire works display, but  we can have just as good a time without explosives even if Ted from the Boom Boom Depot doesn’t have a very clear return policy posted anywhere in his place of business and we may have gone a little overboard with the company credit card before looking up the local statutes.  In other news there is no smorking within 500 feet of our building for the foreseeable future.

We’d love to see just how much you appreciate your Labbits.  Use #labbitweek on Instagram and Twitter to spread the appreciation like the plague!  A good plague, not one of those messy ones from way back.  Here are this weeks special Labbits and savings! 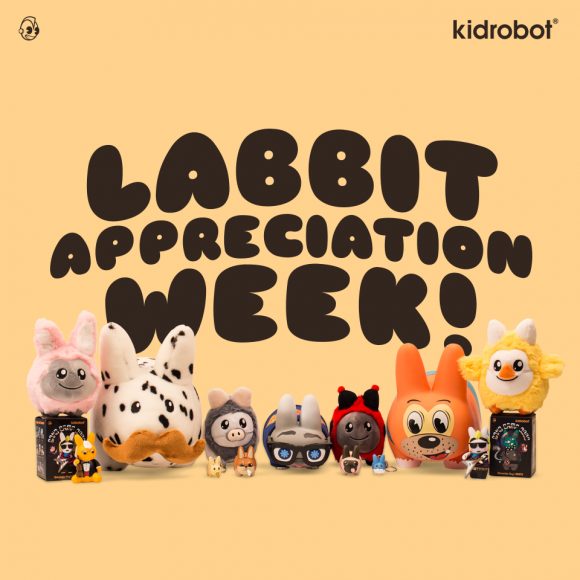