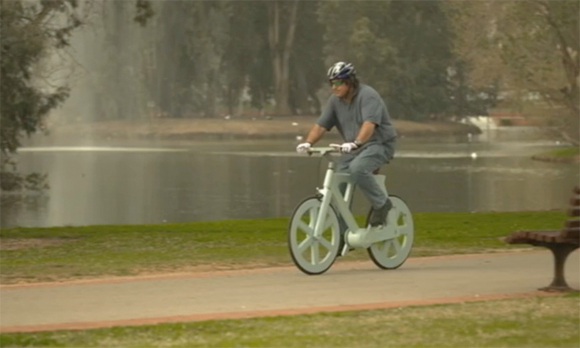 Being told numerous times by engineers that it was impossible, bike enthusiast Izhar Gafni has successfully designed a fully functioning bicycle out of cardboard. Using the principles of origami, this slick recycled cycle can support up to 485 lbs. and it uses a mere $9 of industrial grade cardboard. It has been weather proofed with a layer of coating which gives it a smooth plastic look and feel. Over the last 3 years, Izhar has created 4 protoypes including a training version for youngsters. He is now working on establishing a company to mass produce these economical and ecological friendly mode of transportations on the streets around the world by next year.

His long time friend, Giora Kariv has made a wonderful documentary on the project and sees it as a pivotal moment in the history of bicycles. 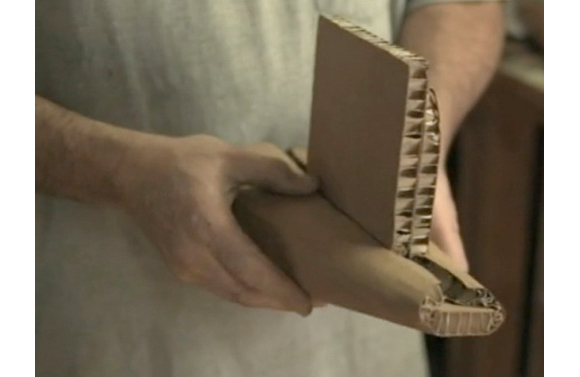 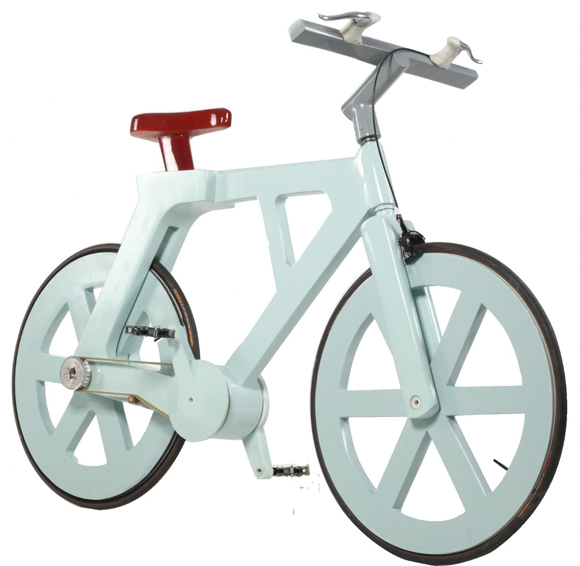