The biggest party around. In the name of beads, feathers, and floats. Party! 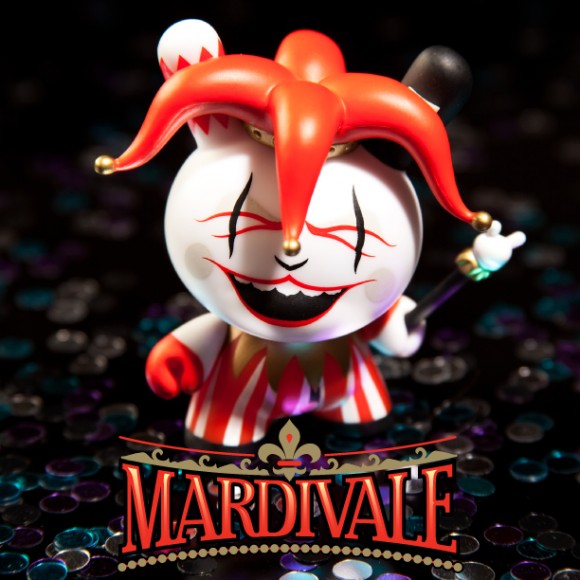 Toy phenoms Andrew Bell and Scribe join forces to create a wild festival of Dunnys. 14 daring designs dress Dunny in crazy sculpts, elaborate paints, and eccentricities all in the name of beads, feathers, and floats.

New York based artist and illustrator Andrew Bell exhibits his work worldwide and has been featured in publications such as the New York Times and Wired. Much of his work is brought together by a sense of humor that often belies a more serious and somber message. Scribe is a Kansas City based artist known best for his graffiti, murals, and vinyl toys, interspersing personal iconography, biblical and fairytale references, animation and metaphor in his work.

The party starts Fat Tuesday, March 4 at Kidrobot stores, kidrobot.com, and select retailers with each Mardivale Dunny retailing for $9.99.