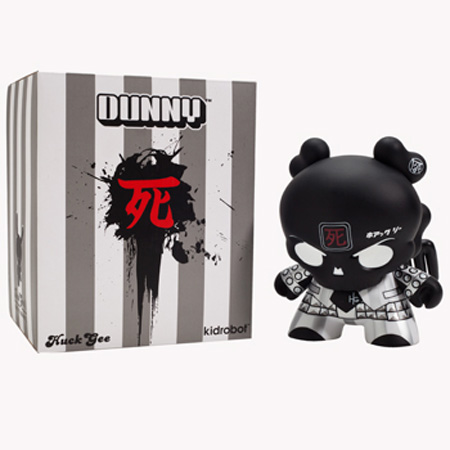 Huck Gee’s iconic Skullhead returns from the afterlife on this demiurgic “8-inch-scale” Dunny. Following a three-year pyrolysis in Hell, Skullhead is resurrected with freshly-pressed grayscale stripes and in purest carbon form sporting characteristic crossbones, wings and death kanji stamp. Literally the darkest interpretation of his Bastardized Asian Pop Culture, this little prince from Huck & Kidrobot will rule your world.

A UK native, Huck Gee is a contemporary artist, illustrator, toy maker, and designer best known by toy enthusiasts for his iconic “Skullhead” character and “Gold Life” art creations. Huck currently maintains a studio in San Francisco and when not busy planning world domination, he spends his free time playing with his daughter and pretending to be a racecar driver. Not necessarily at the same time. 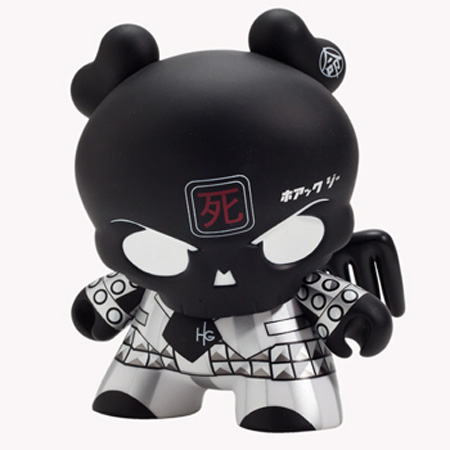 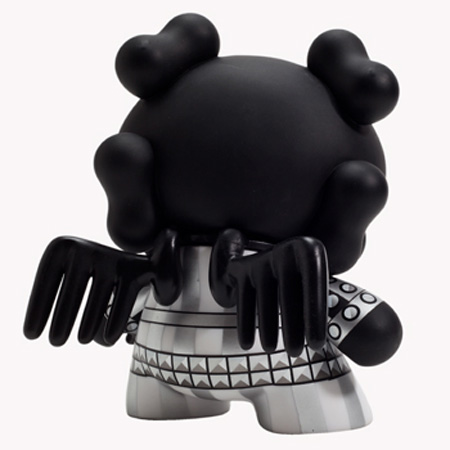 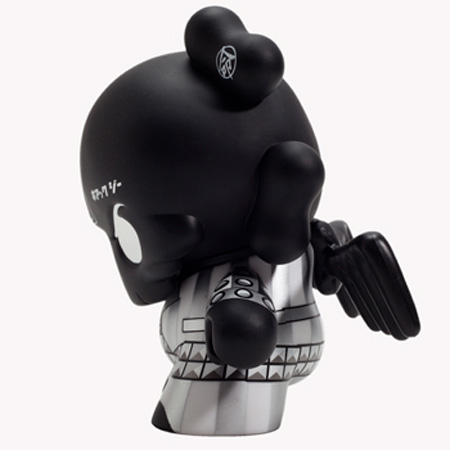 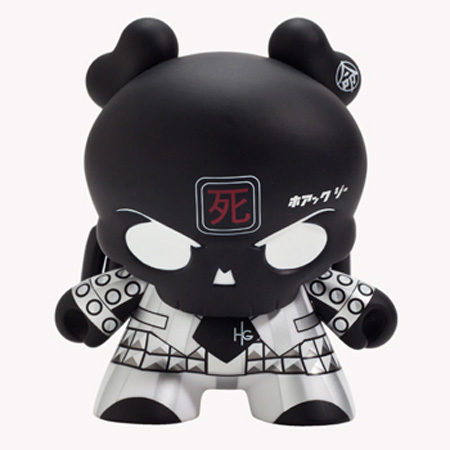