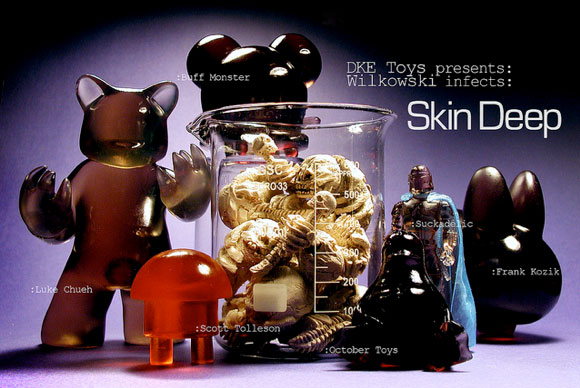 For Skin Deep, Scott has applied his wonderful sculpting and toy making skills to Buff Monster’s 3-inch “Buff Monster” ($50), Luke Chueh’s “Possessed” ($300), Frank Kozik’s 5-inch “Labbit” ($150), October Toys “Gwin” ($100), Suckadelic’s “Sucklord” ($100) and Scott Tolleson’s “Otis & Otto” ($50).  Each of the six hand-cast resin editions will be limited to 25 pieces of two different colors each (50 total of each style). Due to the labor-intensive process of hand making each piece, only 10 of each colorway will be available for purchase at Designer Con.  Be sure to swing by DKE Toys Booth for a photo opportunity with the artists Scott Wilkowski, Buff Monster, Luke Chueh, George and Ayleen Gaspar of October Toys, Scott Tolleson, SUCKLORD and Frank Kozik (TBD). Following D-CON, Skin Deep will travel to Lulubell Toy Bodega in Mesa, Arizona (December 9 – December 30) and Screaming Sky Gallery in Portland, Oregon (February 23 – March 25). 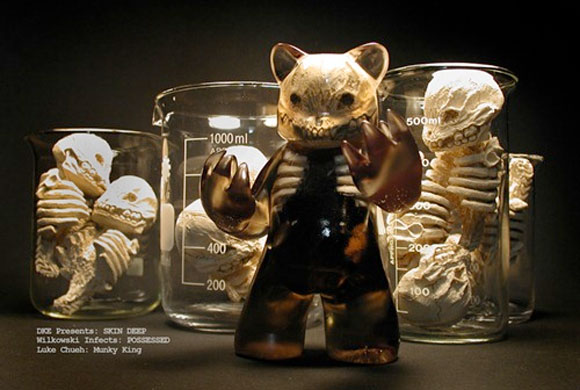 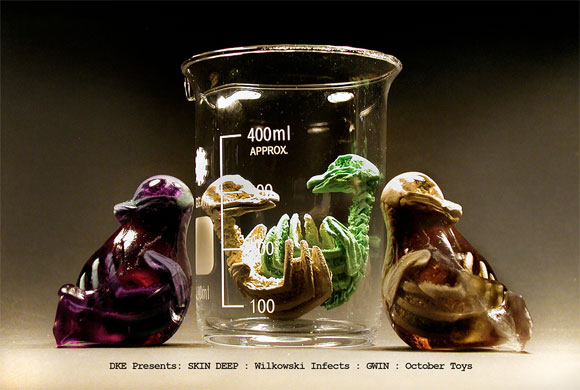 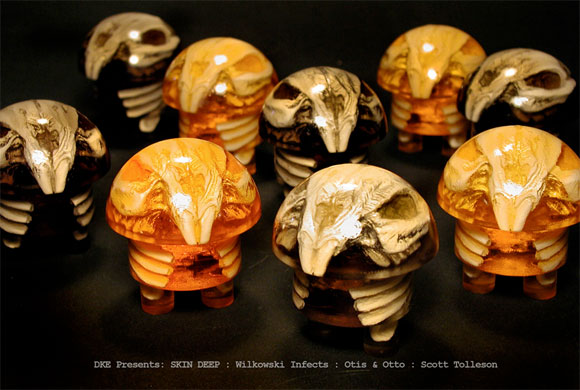 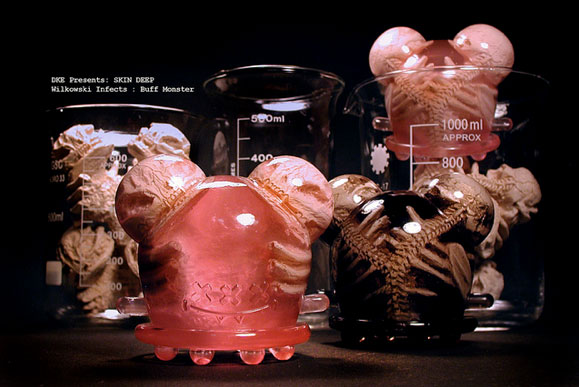 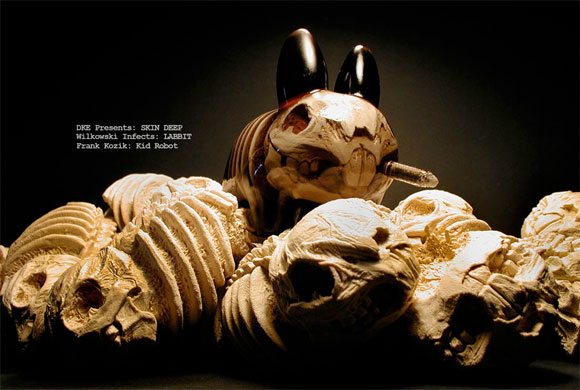 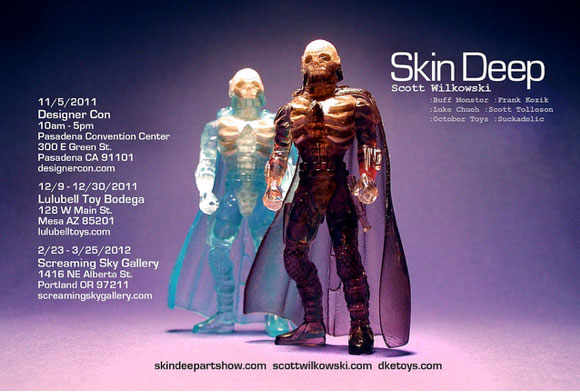 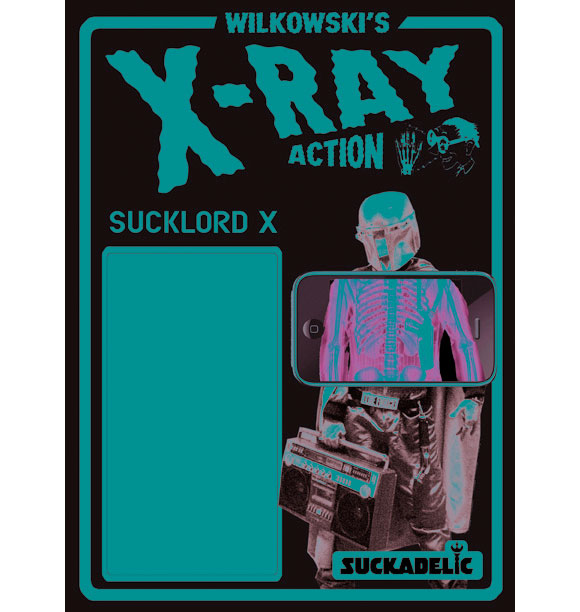