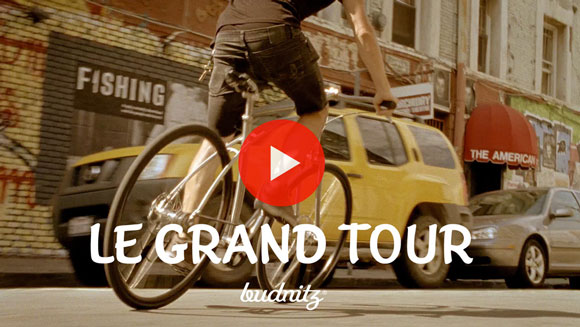 Short, sweet and sure to turn that frown upside down, Budnitz Bicylces just released a new video short entitled, “Le Grand Tour.” Inspired by the films of François Truffaut and shot on 16mm film, this 3 minute short depicts a recalcitrant bicycle thief who falls in love with the bicycle he’s stolen. Le Grand Tour is directed by Russ Lamoureux and produced by Partizan. Enjoy!