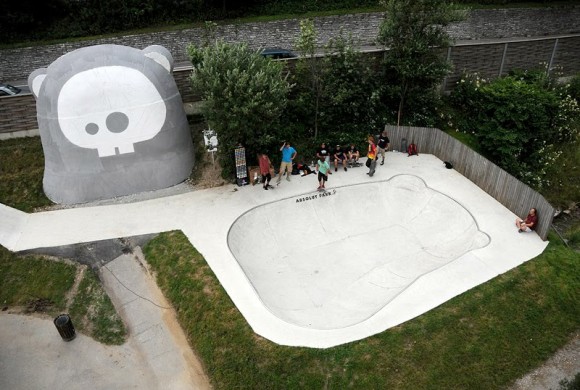 The Character Mould project near Salzburg, Austria is a reference to DIY toys and skateboarding and how they influenced Austrian illustrator and former snowboard/skateboard professional, Lilo Krebernik over the last 20 years. Linking these two passions led to quite possibly the world’s largest platform toy.  Krebernik’s signature Dead Lemming character was cast out of a skateable concrete bowl with a water-based composite material. With the help of friends, Lilo finally completed the project, which took about 2 years of planning and building both bowl and sculpture. It was opened recently and is now accessible to the public. The 19 ft. (6m.) tall character and skatebowl will be repainted legally by graffiti/street artists. There are plans to host several events on a regular basis, with the next painting scheduled for early September. 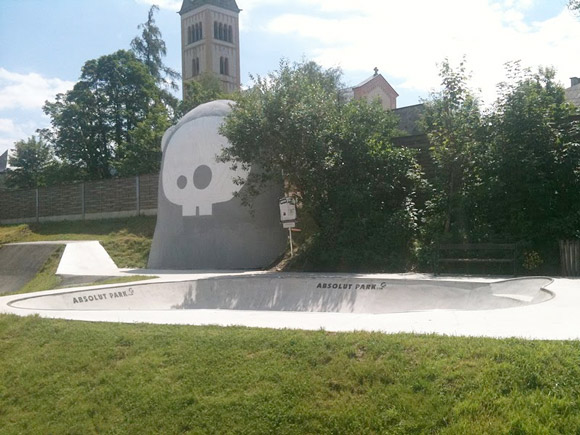 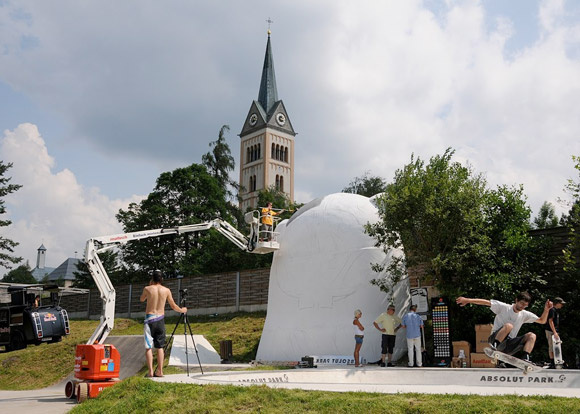 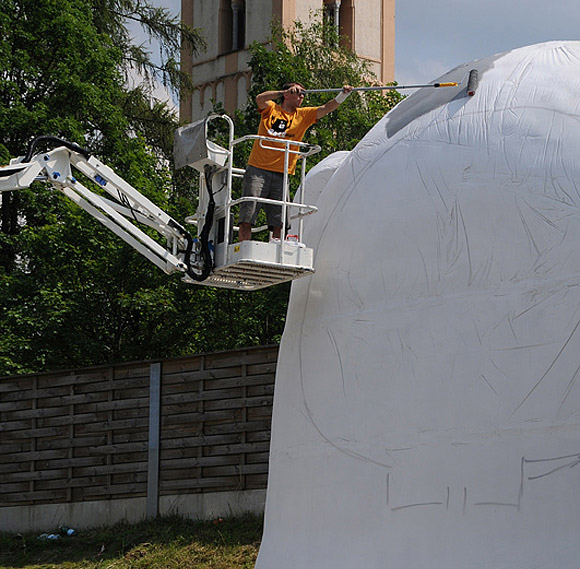 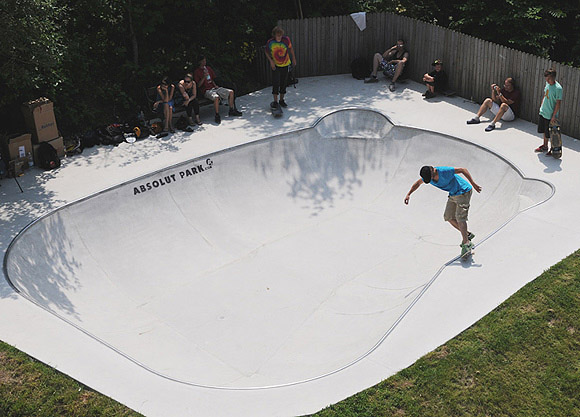 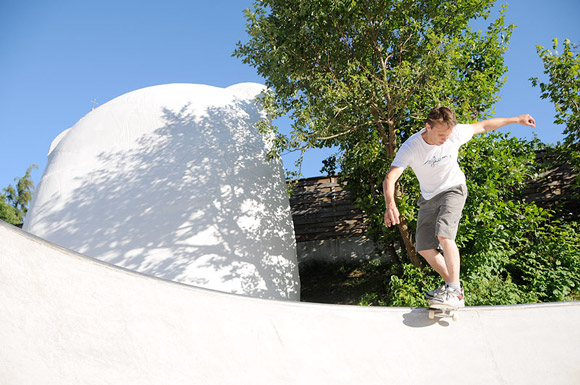 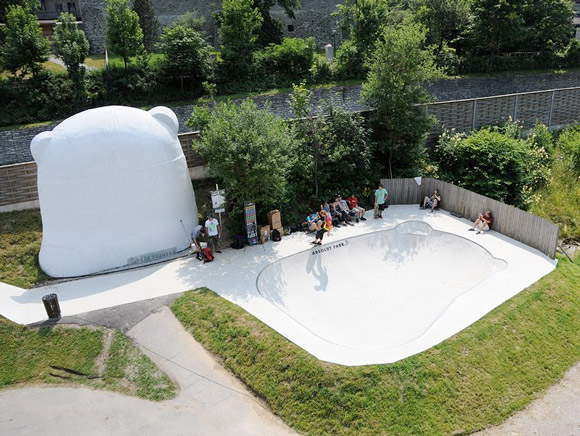