Skip to Main Content
There is always some extra room for confusion or just in case you mess up on something, we all naturally create a Plan B.  I think we can all agree. But let’s also agree that even with us setting out to do something a little crazy sand giving ourself the space of doing something wrong… this went really right. The first 5-Inch Dunny with Sekure D was everything we wanted to clear the path for the rest of what would follow. Since then, we have been able to try this little trick out and see how it fits and I would say that we most people who have collected the 5-Inch have been pretty happy with the different creations. (The ones who don’t are haters… or if they think they have a valid point, they can comment below and we can discuss.) SO! Lets also clear the path for our favorite, Chris Holt aka the Toy Viking to tell you a little more about our first 5-inch Dunny, the Codename Unknown by Sekure D.
Kidrobot’s collaboration with Sekure D produced the very first 5 inch Dunny ever.  That’s like a piece of vinyl toy history that you can actually own.  I’ve wondered a bit about his name though, because Codename Unknown leaves a lot of room for interpretation.  He could have been named based on the experiment that produced him in some clandestine laboratory.  Or he could be a secret agent with some mythical creature investigative group sent to gather intel on us all.  Or, and probably the most likely, he had really chill parents who were ok with him changing his name legally.  Lucky for me my parents were not chill, otherwise my name right now would be Odin Thunderpants.  Don’t ask me why, just be jealous you didn’t think of it first. 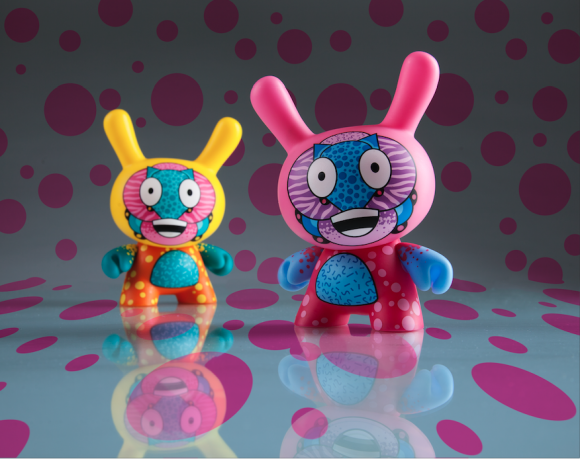 This Dunny didn’t  need a covered wagon to be a pioneer, but he could be shipped directly to your home in a nice box right now at www.kidrobot.com.