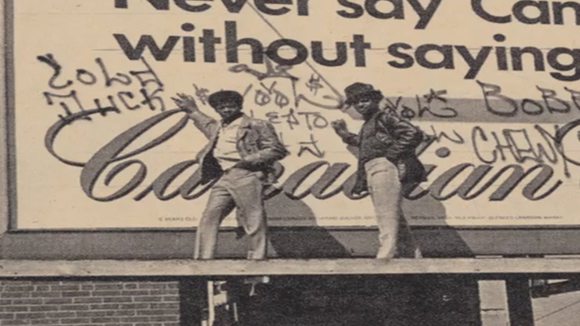 From a time when graffiti was just kids scribbling their name on a wall for the sake of neighborhood fame, comes “Wall Writers“, a documentary by producer of Exit Through The Gift Shop, Roger Gastman. This underground film features unprecedented commentary from the ones that started it all including TAKI 183, CORNBREAD and many more. Narrated by John Waters, Wall Writers gives you a great insight to what graf was like before all the beefs, they hype and the urban culture commercialism. The release date has yet to be announced, so keep your eyes peeled for the debut of this upcoming documentary.