If you were paying attention you would know that The Toy Viking was one of the first people to receive a case of The Wild Ones Dunny Mini Series. He knew this series was something special so he took the pieces into the forest to get better acquainted with the toys…. First. he talks about Igor Ventura. Check it out!

Igor Ventura’s contributions to The Wild Ones adds a touch of domestication to the series with creatures you could find at any petting zoo, though most likely those wouldn’t be wearing human clothing.  That would just be too weird and I for one refuse to pet any sheep wearing trousers.  Upon closer examination of these Dunnys I noticed that both contained familiar quotes on their backs.  A quick double check confirmed that they were indeed from George Orwell’s very relevant novel, Animal Farm.  Be still my beating heart as two of my favorite things in this world have collided harder than an unidentified automobile and my now obliterated mailbox.  I haven’t bothered fixing it so they can’t deliver my bills, which if they can’t be delivered then do they really exist at all? Pretty sure I just won life with that idea.

I didn’t manage to get the uber secret third design named Napoleon, who may or may not be more equal than the others, but the two I have will take a place of honor on my bookshelf next to the man’s work that inspired them. 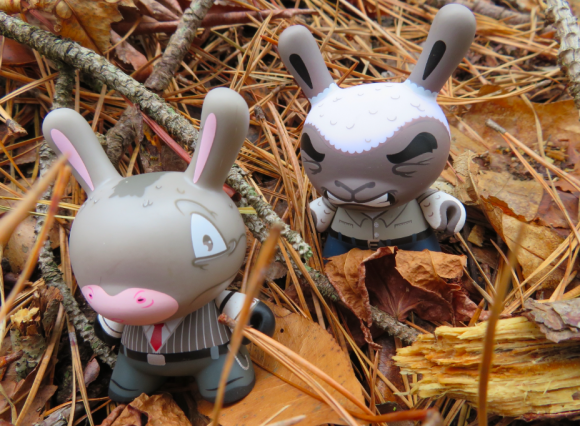 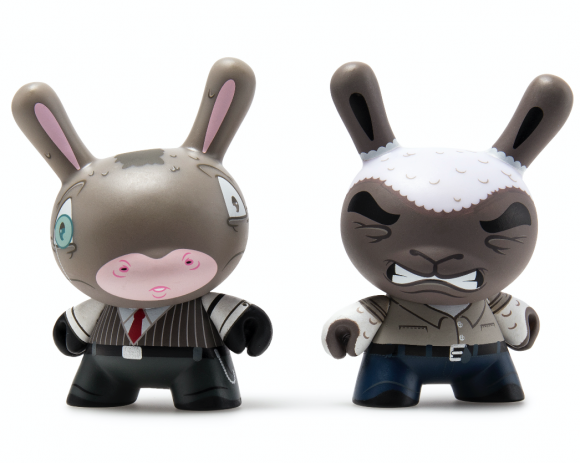 You can add these literary gems to your collection when The Wild Ones Dunny series releases on February 9th at www.kidrobot.com.