Over the waves about the release of the Kidrobot x Blister the Octopus by Nathan Jurevicius here is another awesome blog by our good friend Chris Holt aka The Toy Viking!

The octopus is a mysterious creature as is, but when one springs forth from the mind of Nathan Jurevicius, things can get even stranger.  Speaking of strange, did you know that a group of really smart folks recently proposed a theory that the octopus and all of its relatives at actually aliens and came here millions of years ago?  Their frozen little eggs would have come to Earth and decided it would be a chill place to set up shop.  It kind of makes sense, because they are one of the most intelligent creatures on the planet and their genomes are more complex than trying to explain how the last 2 minutes of an American football game can take nearly an hour to actually complete.  Nobody really understands either one.

This possibly alien life form is known as Blister and he looks a little different from any octopus I’ve ever seen.  For one, he wears a hat, which I suppose if one were lost at sea a curious cephalopod could decide it was a good look.  But the hair is something new, unless it was a wig that also made its way into the ocean and we’re just completely replaying the whole hat scenario.  I just explained away my concerns as I was typing.

This version of Blister is an exclusive to Kidrobot.com and is available now.  Having one in your home may spare you when the uprising commences and they take their place as the rulers of our planet. 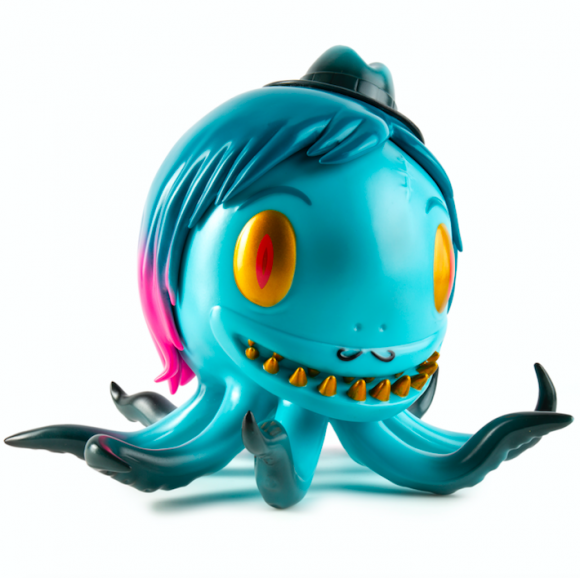