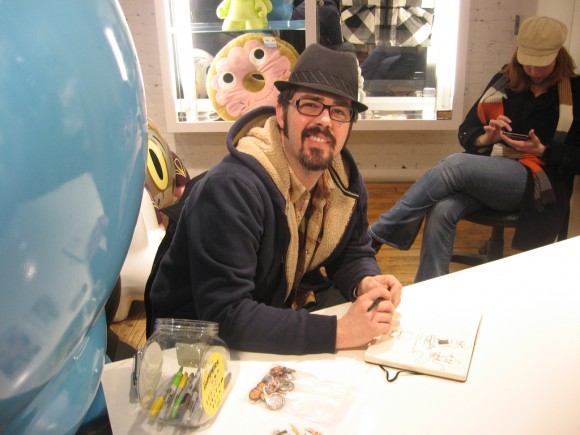 Rounding off his signing tour, Brandt Peters met with fans in New York last night as part of his Dead Bunny toy launch. New York fans stood in the cold dark to catch a glimpse of the Dead Bunny’s ominous shadow. Good times had by all.

Dead Bunny wasn’t Brandt’s only companion. Kathie Olivas (secret knowledge: she’s his wife!) of the recent Dunny Fatale series was on hand, too.