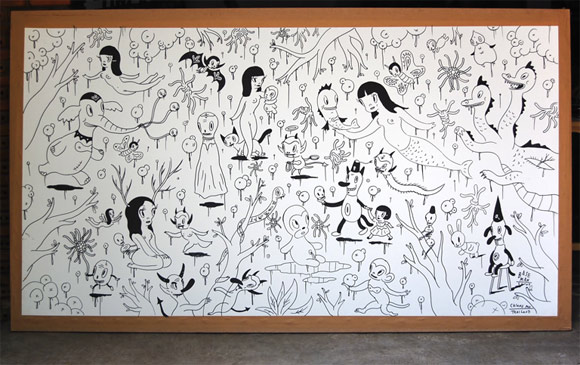 Check out the Gary Baseman original work for sale on ebay to benefit Cultural Canvas Thailand. Bid now to help this amazing organization. (The auction is now over raising $4,494 for the cause!) 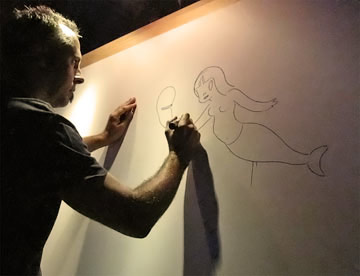 When art and awareness collide, the result is nothing short of astounding. Three hours with Gary Baseman, TV producer, toy designer – artist – proved just that.  As onlookers gazed, armed with little more than a black marker and the vast depths of an at-once haunting and youthful imagination, Baseman graced an empty space with the vivid images of his mind’s eye.  A member of the Los Angeles Underground Art Movement, his art was an act of charity sponsored by the generosity of the Club Martini and Bar Shisha in Chiang Mai.  The club hosted the event, a three-hour live graffiti drawing, that resulted in the production of yet another of Baseman’s inspiring and eclectic masterpieces.

The Canvas Art Program is a new artistic outreach program that works with a wide-range of social groups and humanitarian organizations in Chiang Mai. It was created by Cultural Canvas Thailand to approach volunteerism through a creative lens. 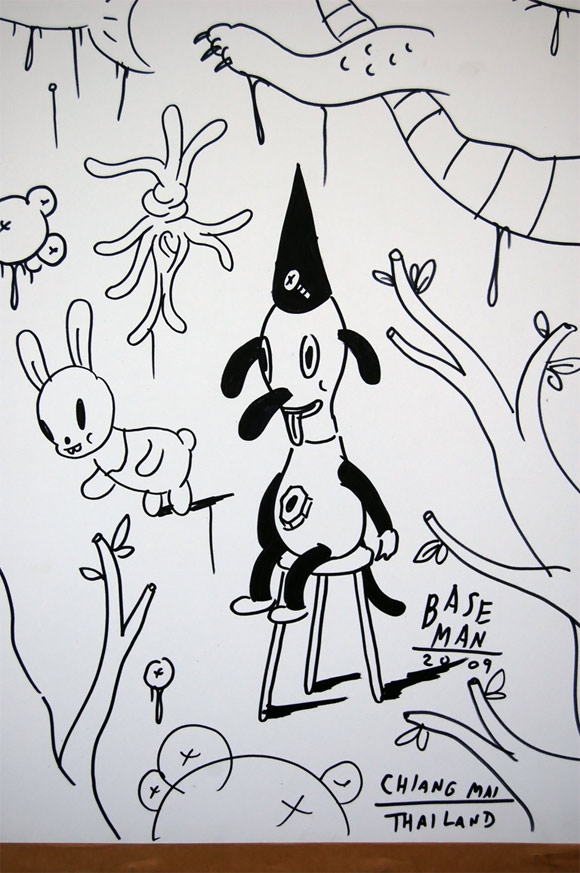