Skip to Main Content
Labbt Appreciation week continues with the cutest little bug labbits to fly to www.kidrobot.com. To talk a little bit more about the Kidrobot x Frank Kozik Labbit Insect Kingdom Mini Series is our good friend Chris Holt aka The Toy Viking!
As we enter the second day of Labbit Appreciation Week it’s time to kick things up a notch.  No, not like that weird food guy on tv with the over manicured beard and the frosted tips. His example is one that should never be followed.  I’m talking about not only appreciating the glorious Labbit but also the critters that truly make the world go round: bugs.  That’s right, the sometimes creepy, always crawly, too numerous to count, insects.  Here are some ways in which their little lives enrich ours:
– They pollinate our plants which allows us to grow food
– They clean up gross things that we would rather not have stuck on the bottom of our shoes
– Some of the bigger ones fry up deliciously
– And they severely out number us, so while they could take over the world they have instead decided that we are their friends and we should live harmoniously together.  Or they just can’t agree on a proper world domination plan and we only live at the mercy of their inability to come to a consensus.  Now I’m feeling a bit paranoid. 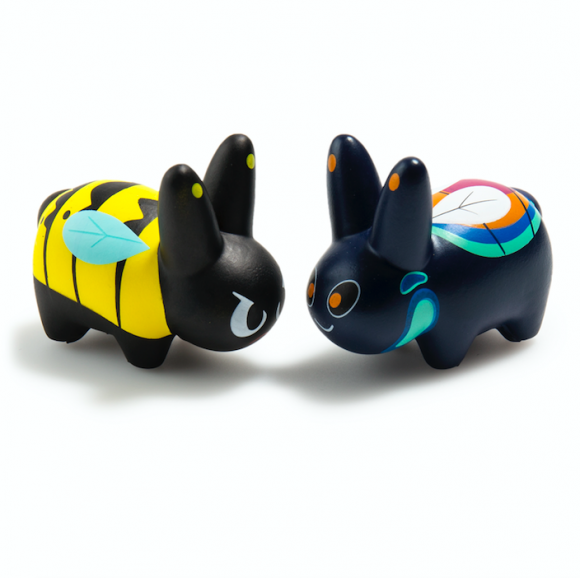 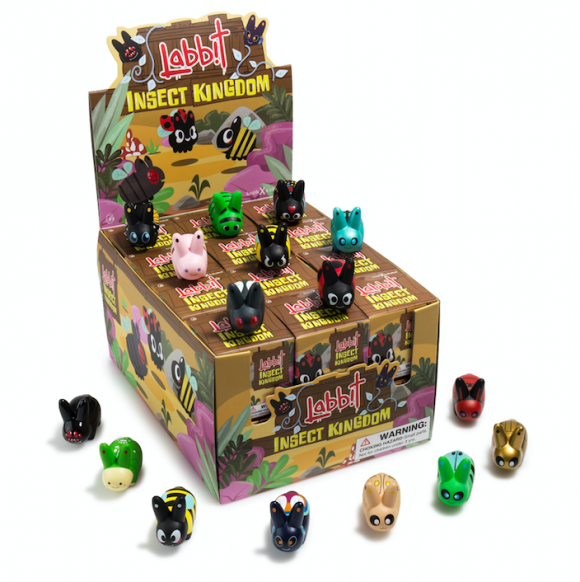 See bugs are awesome, and Kidrobot made them even more awesome-er with this Insect Kingdom Labbit mini series.  Each blind box contains one Labbit done up to look like one of these amazing creature.  There are 16 different figures to collect and they are available right now at www.kidrobot.com.
BUZZ BUZZ! Use the discount code INSECTKINGDOM on your order to get 20% off your labbits!