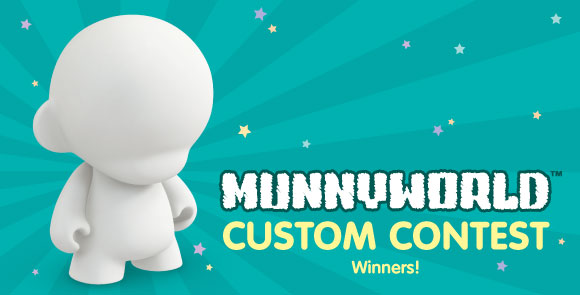 We sorted through the hundreds of amazing entries from talented artists like you, and we chose the five winners!

We’re sending them each a MEGA Munny to customize and to be displayed along side some of Kidrobot’s most revered collaborators, at an upcoming MUNNY show this year.

Even though we could only pick 5, we got tons of entries. Check out some of the MUNNYs sent in by you for the MUNNYWORLD Custom Contest:

You don’t need an excuse to make a MUNNY. Click here to pick one up at kidrobot.com to start on your next masterpiece!