Let’s time travel friends… the year is 1991, it’s August and summer vacation is coming to a close. I woke up on a lazy Sunday morning earlier than normal, poured myself a bowl of Trix and slapped Boyz II Men into my Discman. While listening to “Motownphilly” for the millionth time, I thought to myself “I guess I could watch some TV”. I waded through the hallway leading myself towards the den. My angsty adolescent self flipped through the channels, I sighed loudly as if I thought the glowing pixels could hear my boredom. As I scanned, I was completely unaware of the shift in the universe that was taking place. Something amazing was afoot, something that was going to alter cartoon viewing for the rest of my life…

On August 11th, 1991 Nickelodeon aired its first animated series with original content, well not just one series, but three! Doug, Rugrats and The Ren & Stimpy Show blasted through our TV screens, and if you are a kid of the 90’s you hardly remember a time when Nicktoons did not exist.

WELL! Get ready for a nostalgia overload! Spanning across the 1990’s, this new Kidrobot blind box mini-series has some familiar faces that will have you blissfully remembering some of our favorite Nick 90’s theme songs, episodes and characters (if you haven’t listened to the Log Commercial lately you’ll be shocked to realize you still know all the words verbatim).

In this Nick-tastic lineup, we have (in order of when the shows aired because I am a nerd): Tommy Pickles and Charles Crandall Norbert Finster Jr. (more affectionately known as “Chuckie”) from Rugrats; Marland “Ren” T. Höek, Stimpson “Stimpy” J. Cat and Powwwwdered Toooasst Maaannnn from (obvi) The Ren & Stimpy Show; Rocko (the only character on the series that does not have a last name) and Heffer Wolfe from Rocko’s Modern Life; Ickis and Krumm from Aaahh!!! Real Monsters; Arnold Phillip Shortman and Helga Pataki fromHey! Arnold; Daggett Doofus “Dag” Beaver and Norbert Foster “Norb” Beaver from The Angry Beavers; Cat and Dog from… mmm sorry drawing a blank here; Sir Nigel Archibald Thornberry and Eliza Thornberry from The Wild Thornberrys and last, but certainly not least, SpongeBob SquarePants, Patrick Star and Sandy Cheeks from SpongeBob SquarePants!

I mean your vinyl collection is about to get slimed with excitement!!! So “Move it, football head!” over to Kidrobot.com and grab you some childhood back! I mean “A baby’s gotta do what a baby’s gotta do.” Right?!

Psst… just because I am SO excited for this miniseries, I wanted to share some “fun facts” that I stumbled upon while getting maxed out with “Happy Happy Joy Joy” for this release. Soooo “Are you ready, kids? AYE AYE CAPTAIN! I can’t hear youuuu! AYE AYE CAPTAIN!” 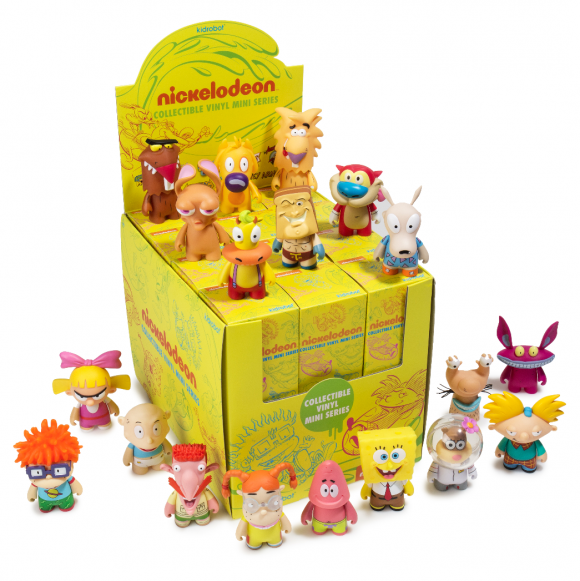 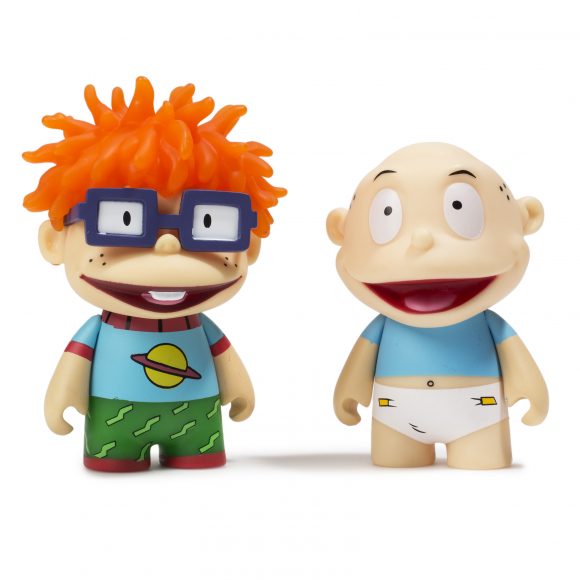 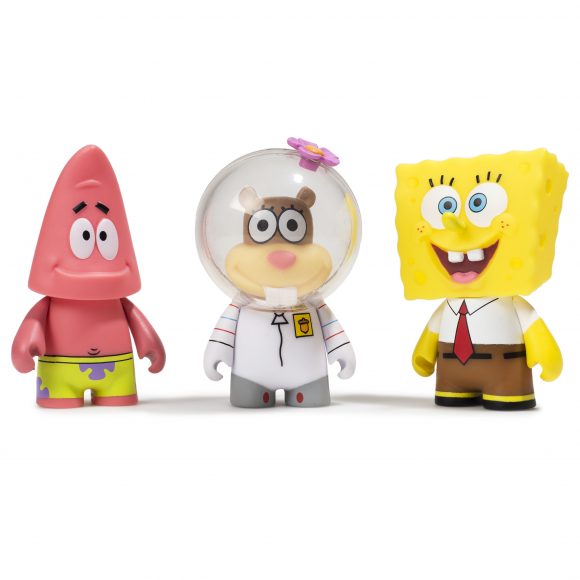