Skip to Main Content
Its snuggle time with the new Hug Me Groot! With the release of the new Hug Me Groot, our good friend Chris Holt aka The Toy Viking had something to say :)
With a vocabulary that is limited to three words that never appear in any order that is not an introduction of himself, Groot stole the show in both of the Guardians of the Galaxy films.  Especially Baby Groot because nothing has ever been cuter.  Dude was on a little goats bouncing around a basket of kittens level of cute, which is sacred ground as far as I’m concerned.  Kidrobot knows that a hug from the real Groot would probably lead to splinters in uncomfortable areas, so we have instead made the perfect substitute with this HugMe.  Now what’s a HugMe you ask?  It’s pretty much exactly how it sounds, because not only is this sixteen inch plush super soft but he vibrates when you hug him!  He actually responds to your love, unlike Rocket Raccoon, who for some reason never responds to my fan mail about coming to my birthday party.  That’s three years of parties you’ve missed little buddy, and I’m starting to think you’re avoiding me.  I still love you, you sassy mouthed trash panda. 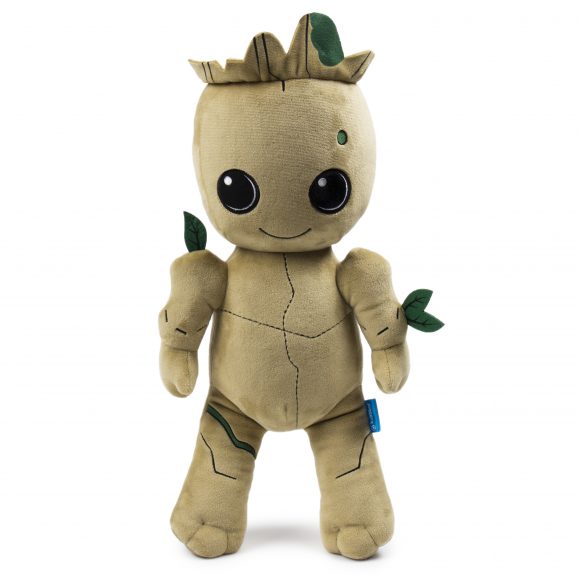