Kidrobot is excited to announce our participation in the first Wonder Festival in Shanghai, China. By working with our partners at Polyphony, we will representing some of the best from China and America in a new whirlwind on vinyl love on April 6th and 7th with our creative director, Frank Kozik on the front lines to represent the brand and American vinyl toy culture :) If you would like to see the promotional video check it it here! We asked our friends at Polyphony to answer a few questions as we highlight who they are and why this is important!

Polyphony was first conceived in the Spring of 2015, with the opening of our flagship store in Sanlitun, Beijing on June 1st, 2016.  The original goal was to have live classical music salons which build a bridge between classical musicians and the audience members.

From the beginning, Polyphony’s has been laser-focused on creating a beautiful place out of a mix of pop culture products.  Polyphony is a place which we love to hang out at, and a destination that people get excited about.  Pop art such as comic books, vinyl art toys and yes even classical music salons are te threads that we weave together into the fabric that is Polyphony!

The way we see it there are 2 equally important things happening at exactly the same time.  For years, Wonder Festival has been a keystone of the pop-art toys movement in Japan.  Likewise, Kidrobot has been the leader of the pop-art movement in America.  To have Kidrobot do the official launch into China at Wonder Festival 2018 Shanghai in partnership with Polyphony is creating a kind of perfect storm of pop-art-vinyl goodness!

Kidrobot is a premum American brand.  When Polyphony first thought about offering vinyl toys to our fans, Kidrobot was a natural choice.  Kidrobot has so many unique, cool, and artistic toys, and there is just a great vibe having the Kidrobot aesthetic be a part of Polyphony.

When you go to a great comic book store or designer toy shop in the USA, the staff is always very engaging and super knowledgeable.  In the best ones you feel like you are hanging out with friends.  China has never had a chance to have comic book stores or designer toy shops, so Polyphony focuses on trying to re-create that environment where everyone can share in the joy of comics and toys and music rather than being just another store trying to sell you stuff.

Fun. Interesting. Surprising. Addicting.  These are the words that we hear over and over in feedback from our fans, so I think I’ll let them speak for themselves!

To influence the pop culture movement in China.

Polyphony does things in a pretty unique way.  Our major influences are salons from the 1800’s in Europe, high-end art galleries, and Japanese architecture. This is turned into a comic book store like no other in the world, classical music events that are actually fun, and an art toy shop where people go just to hang out.

There are a bunch of upcoming projects and Polpyphony/Kidrobot exclusives which we are excited about, and we are looking forward to all of them – But there are two in particular which really stand out.  The first is the Smorkin’ Labbits.  He’s cute, but a little bit dirty at the same time, and who doesn’t love that?  The second is the Wonder Festival 2018 Shanghai Exclusive Dunny by Kidrobot Creative Director Frank Kozik.  All our fans can’t wait to get their hands on this, and Frank will be at the show signing these, so they are going to be very highly sought after. 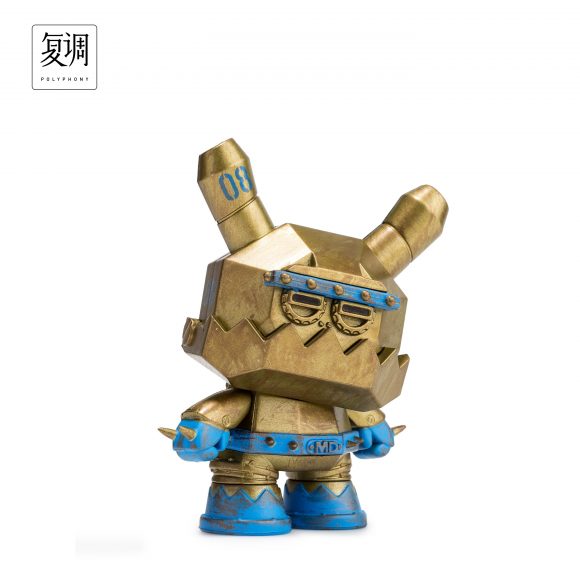