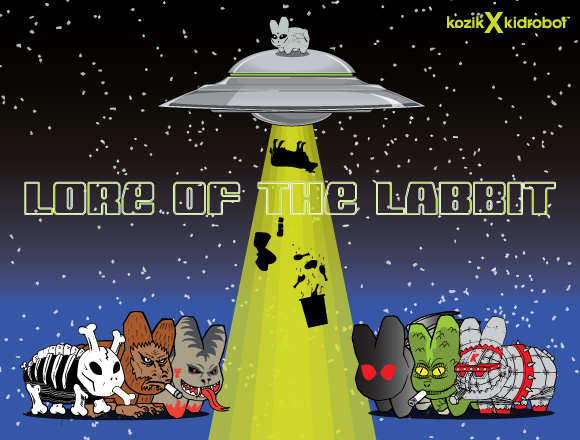 Mulder and Scully knew the truth was out there, and now you can uncover the truth with the Lore of the Labbit. 18 mystical myths in vinyl form featuring sasquatches, yetis, alien s, king lizards and other conspiratorial smorkin’ creatures. Blind packed, these 1.5-inch legendary Labbits may be hidden, but they’re real as hell.

See them with your own eyes January 30 at Kidrobot stores, kidrobot.com, and select retailers.

Each figure in the Lore of the Labbit series retails for $4.99.

It sounds like an elk hollerin’. The myth is real. Legendary Labbits. Uncover the truth. They’re real!