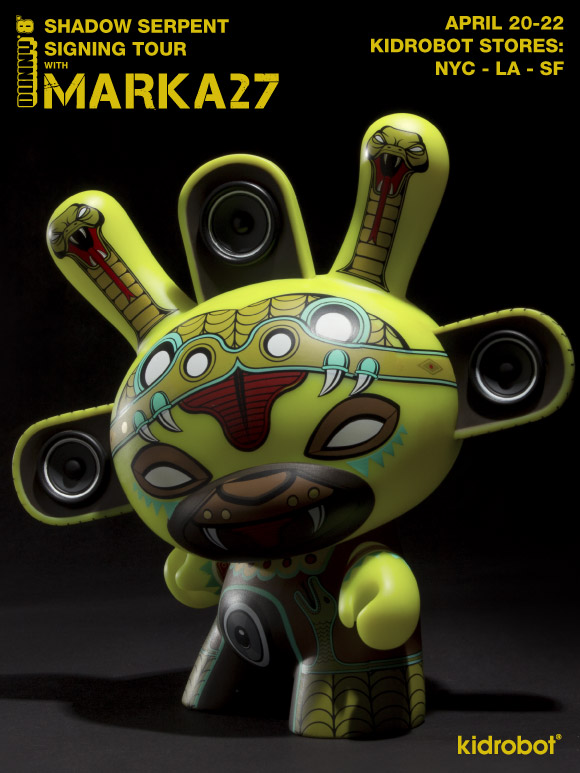 Dunny Azteca II artist, Marka27 will be making the Kidrobot rounds for the release of his upcoming Shadow Serpent Dunny. Marka will kick it off his 3 city tour with a pre-release on Wednesday April 20 at Kidrobot New York, followed by Kidrobot Los Angeles on Thursday the 21st and closing the tour at Kidrobot San Francisco on Friday, April 22. All events will go from 6-8pm. First 50 in line at all three stores will score a FREE limited edition Shadow Serpent poster.