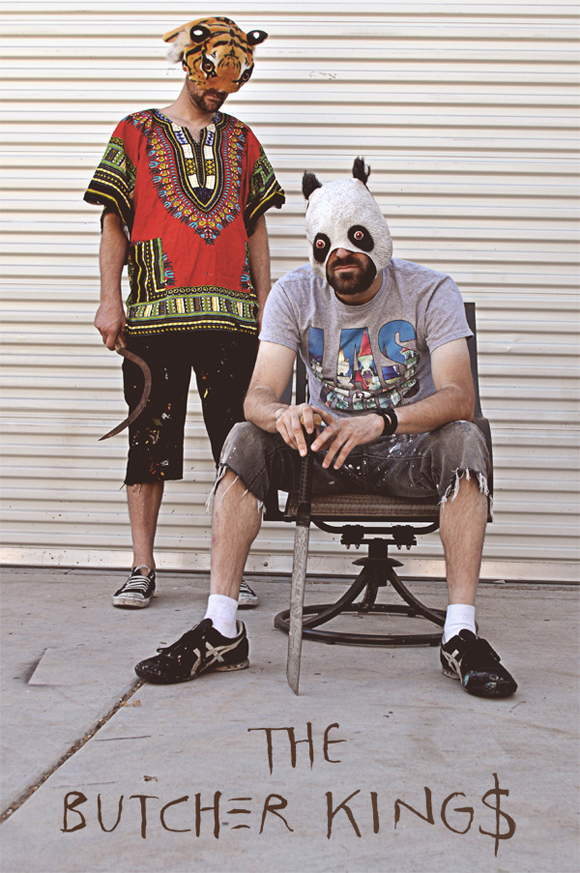 From the sick, twisted and talented minds of Skinner and Alex Pardee come THE BUTCHER KINGS. This extraordinary exhibition will debut tonight, Thursday, October 6 at Gallery 1988 on Melrose in Los Angeles.

” When Skinner and I met in the late 90’s, the Internet hadn’t yet been integrated as a common marketing tool for artists and musicians, and the actual outlets that WERE available for us to spread our imagination and artwork out to were limited to friends, family, schools, the local comic shops and the occasional small cafe-galleries and musical acts that catered toward non-traditional artwork. The bi-product of being undeniably driven by the passion to create without having outlets for either critiques OR validations, however, was that we both created our artwork strictly for ourselves and to make US happy.

Over the course of the last decade, as the Internet has become a more common and extremely useful tool in all aspects of art appreciation, execution, networking, and entrepreneurism, Skinner and I have attempted to adapt our thinking and artistic approaches in conjunction with this accelerated technology, but on numerous occasions we have also caught ourselves falling victim to this new widespread accessibility to our artwork.

The Internet provides such a rapid firing of both criticism and praise that, over the course of the last few years, has made both Skinner and I almost TOO aware of what people will like and dislike when our work is displayed publicly, causing us to recently question just who we are now creating art for. Are our imaginations subconsciously aware more so now of what others will think about our art? Are we now being secretly driven to create something that more people can “relate” to in hopes that we will in turn get more Twitter followers and more Facebook “likes” and somehow transcribe that invisible validation to more monetary success? In short, Skinner and I both realized that, for whatever reasons, we were taking ourselves too seriously.

So in an attempt to re-unite our fearlessness, and to simply have fun using our separate memories and inspirations as our tools, Skinner and I present to you, “THE BUTCHER KINGS”.

Using the existing pop culture icons that we adore, and mutually drawing inspiration from various sources including Gary Larsen’s ‘The Far Side’, Jack Kirby, Wheel of Fortune, Carrot Top, Filmation Cartoons, Robot Chicken & Aqua Teen Hunger Force, we imagined what would happen if all of a sudden the memories of every pop culture property had begun to be torn apart by an unknown force and, in order to save the memories from total eradication, had to be gathered, reassembled and possibly even pushed off of a cliff by someone who was goofy, cynical, socially inept and slightly insane. That person….is us.
Enjoy.” 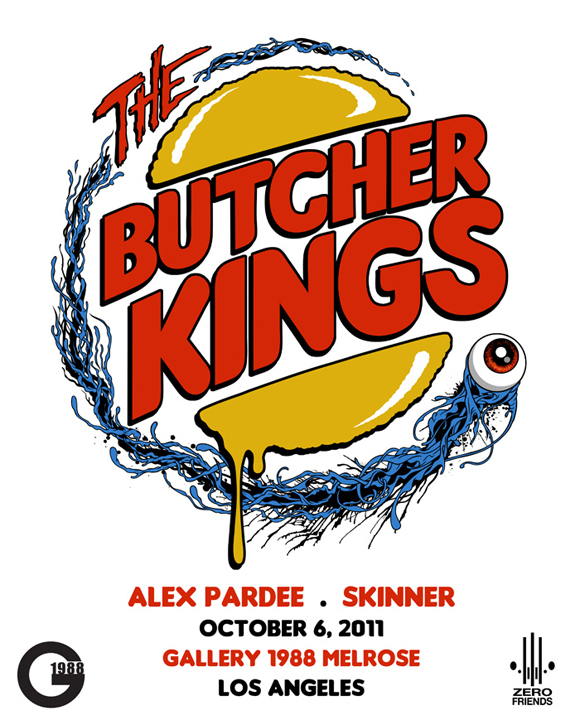