Come to another dimension with Kidrobot and the release of the Adventure Time X Kidrobot 7 inch Lich! This powerful and evil character is not a force to reckon with. Escaped from his prison in the ancient tree of the Candy Kingdom, the Lich is now available on www.kidrobot.com. Furthering his attempt to destroy all living creatures, the Lich has come to spread his hatred one household at a time. Dragging sadness in the edges of his cape, and towering over those who approach him, the Lich leaves a trail of sadness wherever he may go. Slowly reaching out his bare boned fingers to capture you in a spell, the flames of the Lich will burn in fury in any room. Standing coldly with his pitch black eye sockets that hold no love, no understanding and no mercy, his green eyes dimly glow in the pitch black of night. He is the end, he is ancient darkness and he is ready to be yours. Not knowing the real truth of the Lich and the creation of his existence, we only know he is a true monster. So for those of you in favor of casting darkness upon the world or harboring the Lich’s unholy powers in your living room, he is now available to haunt your Kidrobot collection. We might suggest having him encased in a tree of amber, or perhaps if you happen to have any spare gauntlets to protect yourself just in case, Kidrobot is not responsible for any spells cast, dark wizardry or creepy whispers in the night that may take place. So don’t be scared, this characters deadly magic is now exclusively on www.kidrobot.com in both original color way and limited to 150 glow in the dark pieces. 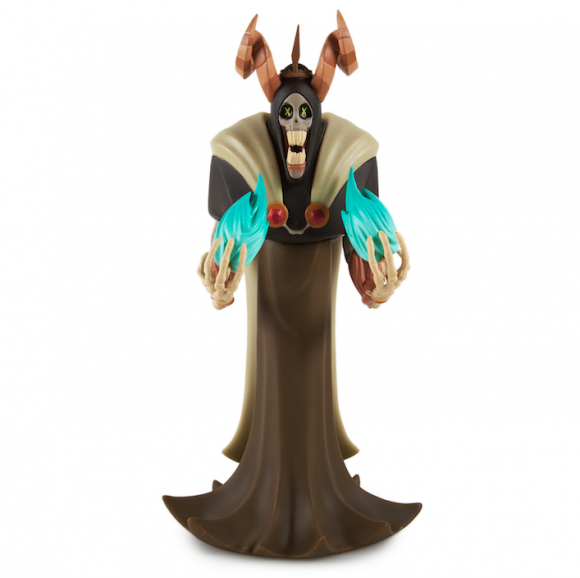 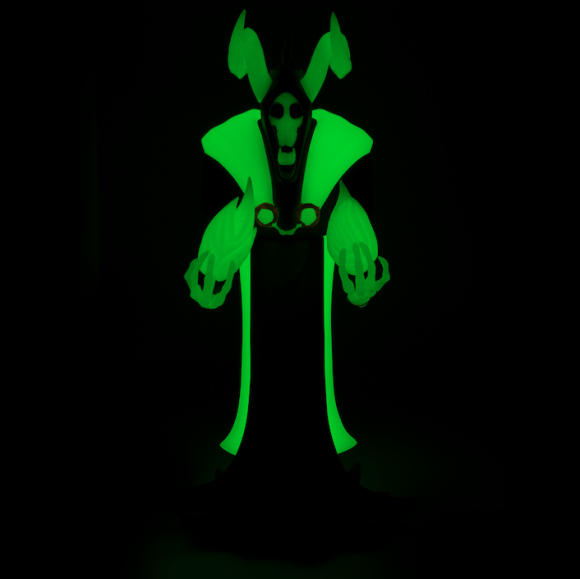