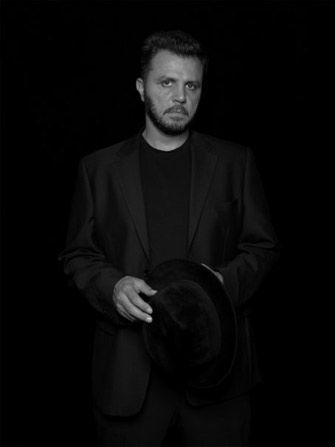 Ruslan Karablin, better known in the art and design world as SSUR, has been a constant presence in New York City’s downtown art scene for almost fifteen years. Born in Odessa, Ukraine, Ruslan later moved to Coney Island, New York, where he spent most of his young life. With its fanciful architecture, amusement parks, beaches, and sideshow performers, Coney Island became a great source of inspiration for Ruslan. It was these influences that helped foster his creativity and imagination, and would later become staples in his work.

Despite having no formal training, Ruslan became an art world sensation following the release of a well-received series of paintings that have now become sought-after collector pieces. In response to the growing interest in his paintings, Ruslan began designing t-shirts. This, in essence, enabled people to own copies of his artwork. As a result, the SSUR brand was born and its first line of tees produced in 1990.

Since then, the SSUR name has traveled the world and become synonymous with both innovation and quality. Every facet of life becomes motivation for Ruslan’s unique, conceptual art. The body of work he’s produced in the last eighteen years, from commercial to artistic endeavors, encompasses a combination of pop culture, music, Russian cultural influences, and the evolutionary iconography of the 20th century.