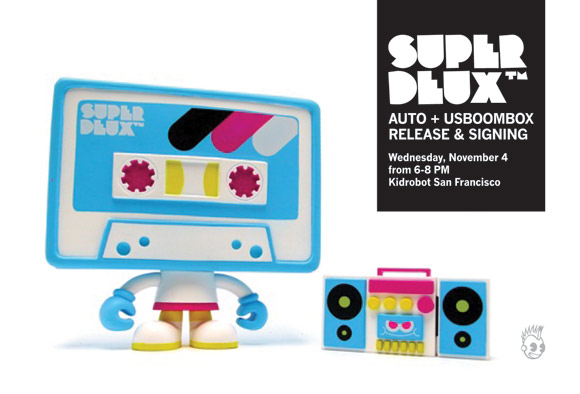 Get in the mix with Superdeux for the release of his retro-themed Auto + USBoombox. An intriguing mix of art toys and music, the Auto vinyl figure is being released in four editions: Regular, Europe, U.S., and the ultra rare Artoyz exclusive! Each edition comes with its own exclusive soundtrack on the USBoombox accessory, which conceals a 1GB flash drive.

French artist Superdeux has spent the past decade hopping the gap between the art & commercial worlds, producing characters and logos for corporate clients while simultaneously developing his own series of vinyl toys. His work has been featured in France, Germany, Hong Kong, Australia, the U.S. and Canada.