So you think you know the story of Pinocchio huh? Did you know he kills the “Talking Cricket” we all know as Jiminy with a hammer? Well, with the release of WuzOne’s “No Strings On Me” Dunny tomorrow, we thought we would drop a short and sweet bit of that classic ragamuffin marionette’s history. He isn’t anything like we remember or know from the 1940 film version that mouse gave us. We will try and just skip to the info you probably didn’t know about this wooden boy because we sure didn’t know much either! 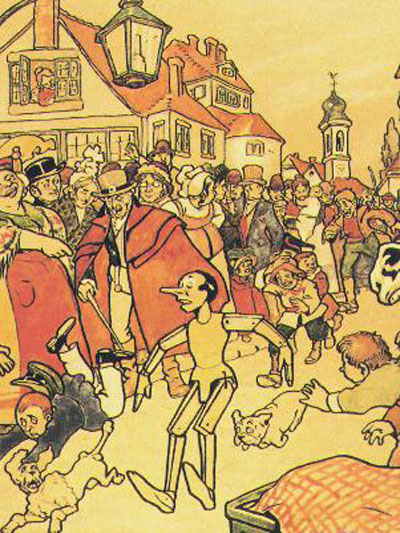 “The Adventures of Pinocchio” is a story about a boy animated puppet by Carlo Cooldi who was known mostly as a political satirist and activist. Being an avid civil servant and an Italian soldier during revolutionary wars, his work focused mostly on a unified self governing Italy until a job translating French fairy-tales changed his path tremendously. With his translation work being so well recieved, he was asked to write his own tall tale stories for children and thus in 1881 the birth of the puppet we know as Pinocchio was first serialized in the magazine Giornale dei bambini. Carlo had no idea the story would be so well loved that he had to continue the story for a total of 36 chapters (and change the ending of Pinocchio being hung) that would eventually be published together as a novel in 1883. 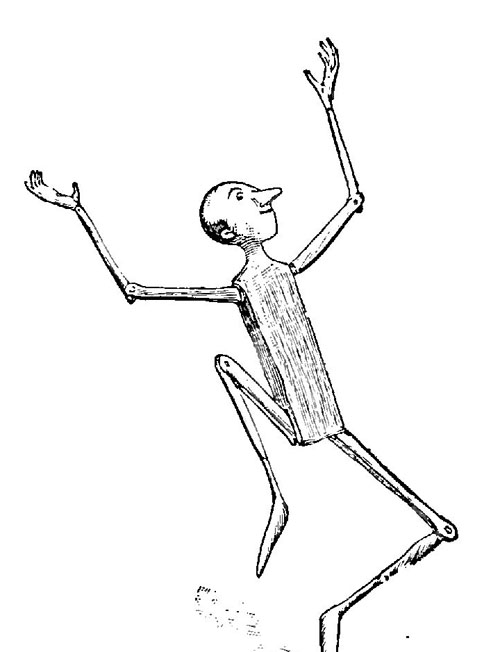 So what about this puppet?

Basically, Pinocchio was a jerk or as Collodi calls him an “imp,” “rascal,” “scapegrace,” “disgrace,” “ragamuffin,” and “confirmed rogue”. He was a boy just like almost every other in most respects. He was a greedy, stupid, bad, rotten kid that thought he could do anything and didn’t realize consequences of his action most of the time. This brings forth Collodi’s overall message in the story that “bad things happen to bad children” (so obey adults and your parents) which is what our puppet endures.

So how bad was Pinocchio and what bad things happened to him?

Well, the first thing our fairy-tale boy does upon being born is laugh in his poor father Geppetto’s face. Then he steals the sad old man’s wig (this probably would have gotten me back handed back in the day). Pinocchio’s bad behavior, rather than being charming or endearing, is more or less a warning and reiterates Collodi’s theme. Pinocchio constantly  lies, steals, disobeys, is a sucker for temptation, and  gets into odd predicaments, but is warned time and time again about the consequences  of his disobedience and hedonism. Remember how we said he killed Jiminy? Like anyone, Pinocchio does not like being told how to act even from a talking cricket:

At these last words, Pinocchio jumped up in a fury, took a hammer from the bench, and threw it with all his strength at the Talking Cricket.

Perhaps he did not think he would strike it. But, sad to relate, my dear children, he did hit the Cricket, straight on its head.

With a last weak “cri-cri-cri” the poor Cricket fell from the wall, dead!

Because of never listening to adults or sound advice from talking animal, our marionette found himself in trouble that got him tortured, hanged, kidnapped, starved, whipped, jailed, stabbed, punched, feet burnt off, and even turned into a donkey for playing instead of working. You would think that even a young jerk of a boy puppet would learn his lesson after just one of these things happening to him! They also left most of this out of that movie I saw as a kid which is probably a good idea.

Now a classic tale wouldn’t do much good with it’s message if there wasn’t some kind of posi payout. If Pinocchio just kept disobeying and getting tortured the moral probably wouldn’t have hit home with the 19th century youngsters. In the end, Pinocchio does a 180, he actually gets a job, takes care of  his aging father, earns money, and even helps those in need thus changing his evil ways (or grows up). For this, he becomes a real boy. Happy Ending!

Pinocchio may have been REALLY bad but then good but our boy WuzOne’s “No Strings on Me” Dunny is ALL good!

I think I like Wuz’s Dunny better anyway!
Get ready for the release tomorrow  August 14th at 9AM MST in stores and on Kidrobot.com 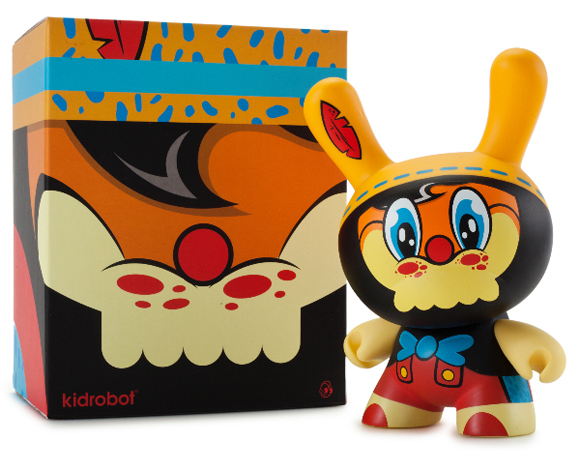