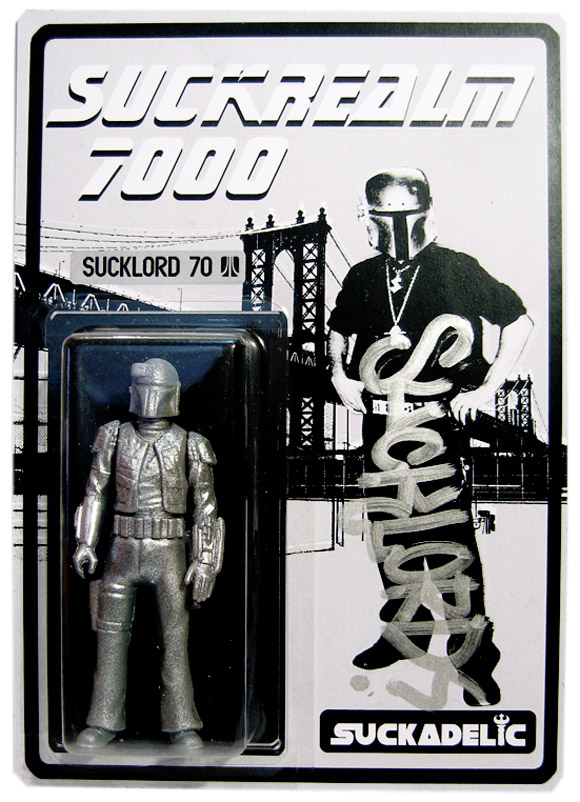 The bootlegged toy saga continues with SUCKLORD’s long awaited debut of TOY LORDS OF CHINATOWN Episode 2. Amongst all the art toy thuggery you will notice the reveal of SUCKLORD 7000 and his newest edition of DUMNYS. Both of which are available at his Success Venture 88 Internet Store.

The Original Villains are back and worse than ever. Can the Sucklord hold his place as the Chinatown bootleg king? Or will his disillusioned minion Vectar knock him off his game? The plot thickens and the world expands in the Second installment of this already-classic New York no-budget Sci-Fi series. Product placement abounds as the new SUCKADELIC toy drops are revealed and old classics revisited. Look out for cameos by the hottest designer toy A-Listers and well as a few local bums. Action, Adventure, Comedy, Villainy! It’s all here in this jam-packed monster of an episode.

Check out the first episode here.